Oaklawn Set for 2021 Opening on Friday

2021 Season Opens With Similar Look, Some Important And Significant Changes 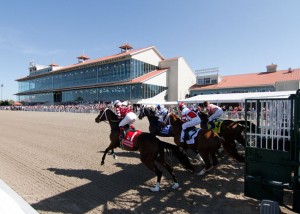 Oaklawn Park in Hot Springs, Arkansas, will open for its 117th season of live racing on Friday with a nine-race card featuring the $150,000 Smarty Jones Stakes for 3-year-olds, the first stop on the state’s lucrative path to the Kentucky Derby (GI), which after a four-month delay in 2020 has been set to return to its standard spot under the Twin Spires at Churchill Downs on the first Saturday in May.

The one-mile Smarty Jones carries 17 total points towards making the gate for the Derby (10-4-2-1 to the top-four finishers) and is the first of four races, which also includes the Southwest Stakes (GII) on February 15, the March 13 Rebel Stakes (GII) and finally the $1 million Arkansas Derby (GI) on April 10.

Oaklawn Park will race three days a week, Friday through Sunday, until the end of January and will then race four days a week, Thursday through Sunday, beginning February 4 until the end of the season on May 1. The track will also offer a special holiday card on Presidents Day, Monday, February 15. A total of 33 stakes races worth more than $11 million — the minimum being $150,000 – will be offered during the 57-day season. And all Kentucky Derby and Kentucky Oaks prep races will be contested Lasix-free, which is in addition to strict cuts and restrictions on the use of the anti-bleeder medication for all runners.

Also, all jockeys must carry safety whips, the bronchodilator Clenbuterol has been strictly banned and all runners must be on the grounds at least 72 hours before the races.

As always, Oaklawn Park will offer a traditional wagering menu for both the beginning bettor and the sophisticated handicapper, as well as everyone in between, which includes straight wagers and the standard exotics like exactas, trifectas, doubles, pick threes, pick fours and pick sixes. And again, thanks to the Covid-19 pandemic, Oaklawn Park will restrict on-site spectators under the guidance of the Arkansas Department of Health. Initially only box seat holders, members of the track’s jockey club and those who obtain reservations at the facility’s restaurants will be allowed to attend the live races.

The multiple stakes-placed Cowan, who is trained by Hall of Famer Steve Asmussen, was installed as the 9-5 morning line favorite for the opening day feature. The colt, who was second in the $1 million Breeders’ Cup Juvenile Turf Sprint (GII) on November 6 at Keeneland, most recently finished second in the in the $200,000 Springboard Mile at Remington Park on December 18. Asmussen seeks a second win in the Smarty Jones after saddling Gold Street to victory a year ago. Ricardo Santana Jr. rides the Bill and Corinne Heiligbrodt-owned son of Kantharos. 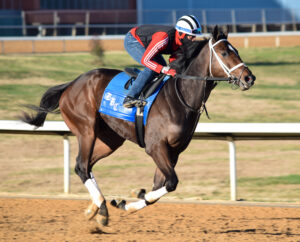 The Brad Cox-trained Caddo River faces winners for the first time after a dominating 9 ½-length maiden win in wire-to-wire fashion in his third career start on November 15 at Churchill Downs. Cox’s go-to jockey Florent Geroux will be back aboard the Shortleaf Stable homebred son of Hard Spun.

Alex and Joann Lieblong’s homebred Big Thorn will make his first start for Asmussen after shipping in with a pair of sprint wins – including a stakes – at Gulfstream Park West. The bay son of The Big Beast will have David Cabrera in the saddle for the first time.

Sonata Stable’s Moonlight Strike, who will have Joe Talamo in the irons for the first time, also ships in from Florida and carries a two-race win streak, which includes a first-level allowance race last out. Saffie Joseph Jr. trains the $120,000 son of Liam’s Map/

Maiden winner Lawlessness was third in an allowance race last out in a closing effort that was better than it looks on paper. David Cohen rides for trainer Ingrid Mason. Martini Blu is coming off a win at Hawthorne Race Course in his debut more than three weeks ago and drew the rail in his first start against other winners. Hardly Swayed broke his maiden at Mahoning Valley in his fourth start last out and steps up in class here.
Post positions for the Smarty Jones, from the rail out with trainers and jockes, are: Martini Blu, Mac Robertson, Francisco Arrieta; Lawlessness, Ingrid Maso, David Cohen; Cowan, Steve Asmussen, Ricardo Santana Jr.; Big Thorn, Steve Asmussen, David Cabrera; Hardly Swayed, Rey Hernandez, Martin Garcia; Moonlight Strike, Saffie Joseph Jr., Joe Talamo; and Caddo River, Brad Cox, Florent Geroux.