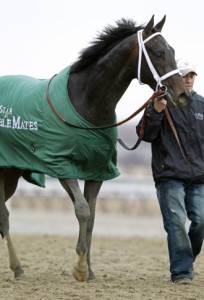 Revolutionary has been described as a happy playful horse with superior athleticism.

Revolutionary has been described as a happy playful horse with superior athleticism. Sources revealed this morning that the three-year-old dark brown colt isn’t phased by morning workouts that leave other horses breathless. Revolutionary has placed first in his last three races, which may help him better understand what is expected of him on the track this Saturday. Experts claim Revolutionary has acquired exceptional speed and stamina from his bloodline. I’m no expert, but Revolutionary makes me want to run out and buy a red white and blue dress for the Derby!

World famous jockey Calvin Borel stated, “Revolutionary listens to me. I can keep him focused on the track. He’s not a very focused horse but come race day he’ll be focused.”

Calvin Borel added, “Revolutionary is a happy horse. Todd will keep him happy until race day. He’s in good hands.”

Lady and The Track would like to wish WinStar Farm, Todd Pletcher, Calvin Borel, and the amazing Revolutionary the best of luck in the 2013 Kentucky Derby! Good Luck! Safe Run!

Revolutionary preps for the 2013 Kentucky Derby at Churchill Downs.
https://www.youtube.com/watch?v=2v-XGQjVcNQ 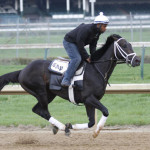 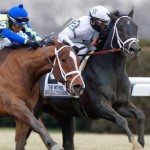 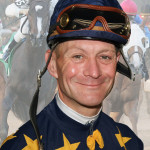 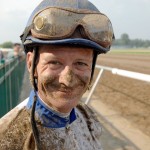 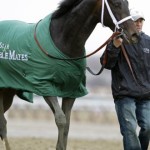