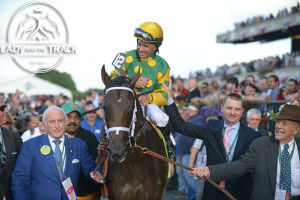 Palace Malice won the 145th running of the Belmont Stakes with a slow pace. Fan-favorite Frac Daddy ran very much like Palace Malice did on Kentucky Derby day, with a fast pace that’s been described as “suicidal”. Oxbow, who fought hard for the finish, just couldn’t keep up with Palace Malice’s determined pace in the end, ultimately finishing in second place in the $100,000 1 1/2 mile Belmont Stakes.

It’s been reported that Orb, who finished third in the Belmont Stakes, is tired. Trainer Shug McGaughey admitted that the Triple Crown pursuit has taken a toll on Orb and is planning to rest the colt for awhile.

Lady and The Track would like to congratulate Dogwood Stable, Cot Campbell, Shug McGaughey, and Palace Malice on their awesome Belmont Stakes win! We are also thrilled that Oxbow and Orb both finished in the top three in the final jewel of the Triple Crown!

Watch the replay of the 2013 Belmont Stakes:
https://www.youtube.com/watch?v=Wd-5c4l-iKs 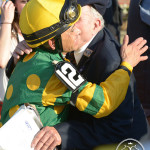 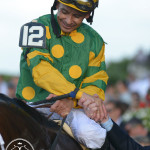 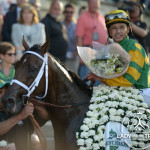 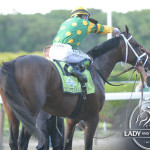 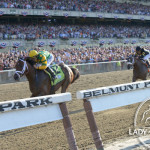 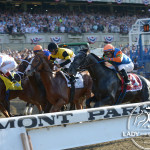 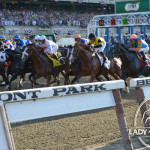 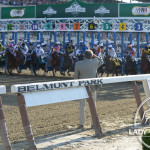 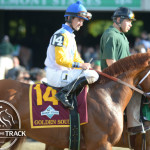 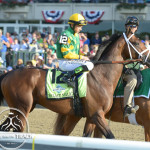 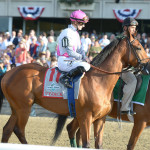 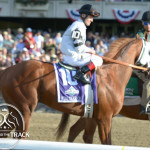 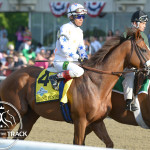 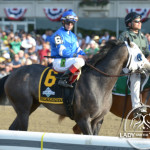 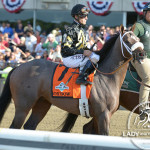 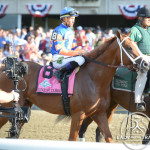 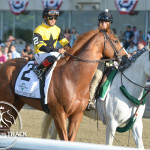 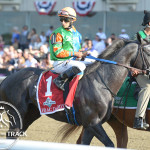 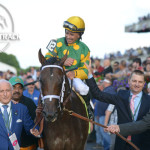