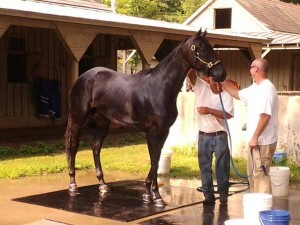 Tooth Fairy Visits Eblouissante: Fans of four-year-old Eblouissante had high hopes for the beautiful filly that stands over 17 hands tall in the Shuvee Handicap at Saratoga Race Corse on Saturday July 20, 2013. Eblouissante, affectionately known as “Ebby” by her adoring cult-like fans, finished the Shuvee dead last after cracking a tooth and cutting her legs while being loaded in the gate.

Great expectations have surrounded Eblouissante, whose name means Dazzling in French, since her birth. She is the half-sister to the great Zenyatta and many feel trainer John Shirreffs is under pressure because of the relation to the true Queen of racing. The Shuvee Handicap was Eblouissante’s first race after a six-month layoff. She has only raced three times throughout her career, which isn’t very much for a four-year-old.

John Shirreffs reported that he would move on with Eblouissante and point her towards a low profile race at Saratoga after she heals. He also stated he planned on putting Eblouissante’s tooth under her pillow!

Lady and The Track hopes Eblouissante gets well soon and hits the track running! Many of us in the office are “cult-like”  Eblouissante fans! 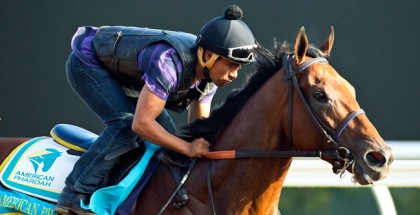 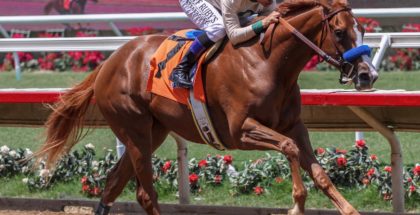