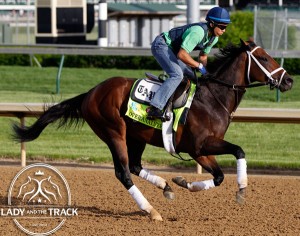 Overanalyze and jockey Rosie Napravnik will break from the outside in the West Virginia Derby on Saturday, August 3, 2013 at Mountaineer Racetrack.

The Albert Stall, Jr. trained Departing has won four out of six races throughout his career, the last being the Illinois Derby on April 20th. Departing’s owners, Claiborne Farm and Adele Dilschneider, have openly stated they would like the gelding to have a long racing career, therefore longer breaks between races are scheduled for rest. Departing’s last race was the Preakness Stakes on May 18th where he finished 6th. Jockey Robbie Albarado will team up with Departing for the 2013 West Virginia Derby and will break from post position #5.

Todd Pletcher’s Overanalyze is a powerhouse of a horse despite his failed attempts at a Triple Crown jewel. The colt most recently finished 7th in the Belmont Stakes and 11th in the Kentucky Derby. Overanalyze may have won the Arkansas Derby on April 13th but his record is shaky before that. Jockey Rosie Napravnik will lead the Repole Stable owned Overanalyze across the finish in the 2013 West Virginia Derby.

Lady and The Track would like to wish all of the contenders in the 2013 West Virginia Stakes the best of luck. Good Luck! Safe Run!

The West Virginia Derby is one of nine stakes races at Mountaineer Racetrack and is the 8th race of the day with a post time of 5:45 PM EDT. 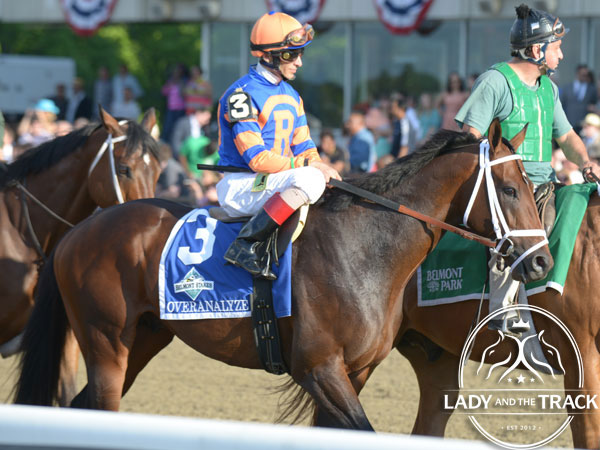 Overanalyze finished 7th in the Belmont Stakes and 11th in the Kentucky Derby.