Hoppertunity is Redeemed With a Win at the 2014 Rebel Stakes

Hoppertunity is Redeemed With a Win at the 2014 Rebel Stakes: At the Rebel Stakes at Oaklawn Park on Saturday, March 15, 2014, Hoppertunity took home the win, after coming in fourth place at the Risen Star Stakes, redeeming himself as a viable contender down the road to the Kentucky Derby. 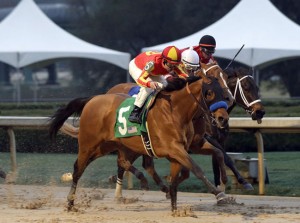 Jim Barnes, assistant trainer of Hoppertunity said, “Last time, it was unfortunate that he got shuffled back a little further than we wanted him to be…He was running at the end, but he had so much ground to make that he needed to be another five or six lengths closer than he was. But, he handled it well.”

Hoppertunity more than made up for that loss by winning the Rebel Stakes. The grade 2 Rebel Stakes is 1 1/16 miles and it is a part of the Kentucky Derby trail. Hoppetunity took home 50 points towards a spot in the Derby and the $360,000 purse. The Bob Baffert trained Hoppertunity is a three-year-old colt and was ridden by jockey Mike Smith in the 2014 Rebel Stakes.

It looked like Tapiture was the main competition for Hoppertunity in the Rebel Stakes. They battled it out until Hoppertunity got ahead on the inside final furlong and beat out Tapiture by a half-length. Tapiture took second place and Ride On Curlin took the third place spot. Strong Mandate, who took home fourth started out well, but Ride On Curlin moved on the inside passing Strong Mandate. Hoppertunity and Tapiture had multiple bumps in the middle of the course, but by the last 100 yards, Hoppertunity began to clear ahead. Tapiture was the Southwest Stakes winner but was able to hold on to the lead in the soggy and wet track conditions at Oaklawn Park. There was an inquiry due to the bumping or contact between Hoppertunity and Tapiture, but Hoppertunity, the 6-1 choice, was pronounced the clear winner as both horses did technically stay within their lines.

There will be some excitement to see what Hoppertunity can do at the Derby if entered!

No Opportunity for Hoppertunity May 1, 2014 | Trixie Hammer 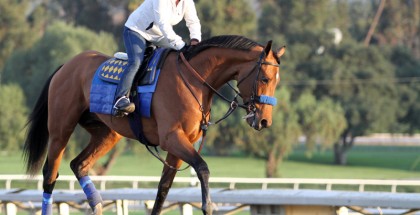