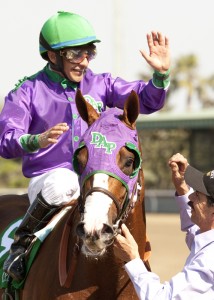 Trainer Sherman said, “It’s kind of spooky, I’m not used to that…I’ve seen horses win by a length or two but nothing like what he’s been doing.”

This is the fourth win in a row for California Chrome and it seemed like an easy win.

Jockey Espinoza said, “I put him in the race right away. I didn’t want to get stuck in traffic. It worked out well.” 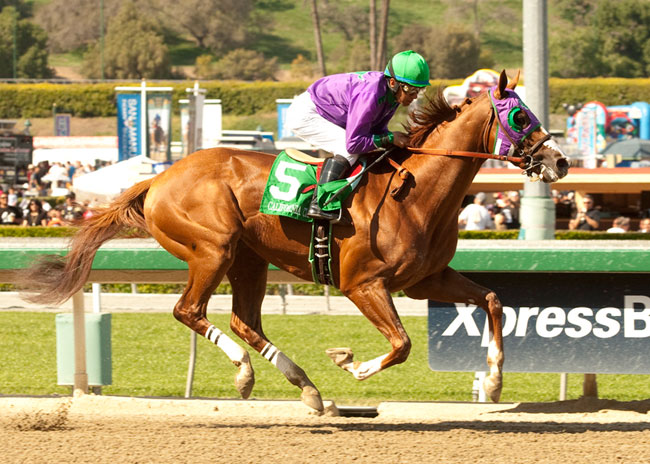