Ready to Act Comes From Behind to Win the 2014 Beaumont Stakes: The Beaumont Stakes took place at Keeneland today, April 13, 2014. The grade 2 race for 3-year-old fillies and is about 7 furlongs long on the all-weather track. Ready To Act won the $200,000 and last available ten points on the Kentucky Oaks Trail. 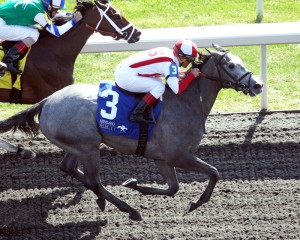 One of the favorites coming into the Beaumont Stakes on a poly track was Sweet Whiskey by Alto Racing and ridden by jockey John Velazquez. There were 8 fillies in the race total, but it was Ready to Act that took home the win and Sweet Whiskey was just behind in second place. It wasn’t an easy win, but Ready to Act was able to surprise everyone coming from last place and running to the head of the pack to take first place. Ready to Act was the 9-5 favorite coming into the race and she completed the race with a post time of 1:28.08. Ready to Act, ridden by jockey Javier Castellano came from the back and was able to catch up along the turn by going four wide at the center of the track. There was only a quarter of a mile left, when Ready to Act came up to take the lead down the stretch. Katie’s Eyes rounded out the top three for the race at Keenland.

Castellano said of Ready to Act, “Usually she would turn a little bit at the top of the stretch and start lugging in, but today she was very focused…She gave me a good run in the last part. She tried to lug in but I don’t think it was a big deal. I really liked the way she settled behind the horses…First time on the Polytrack and she handled it very well. I like the way she did it today. It was a great performance.”

Trainer Chad Brown’s plans for Ready to Act are to, “take her back to our base in New York and look for something there for her.”

We will have to wait and see what is in store for Ready to Act in the future. 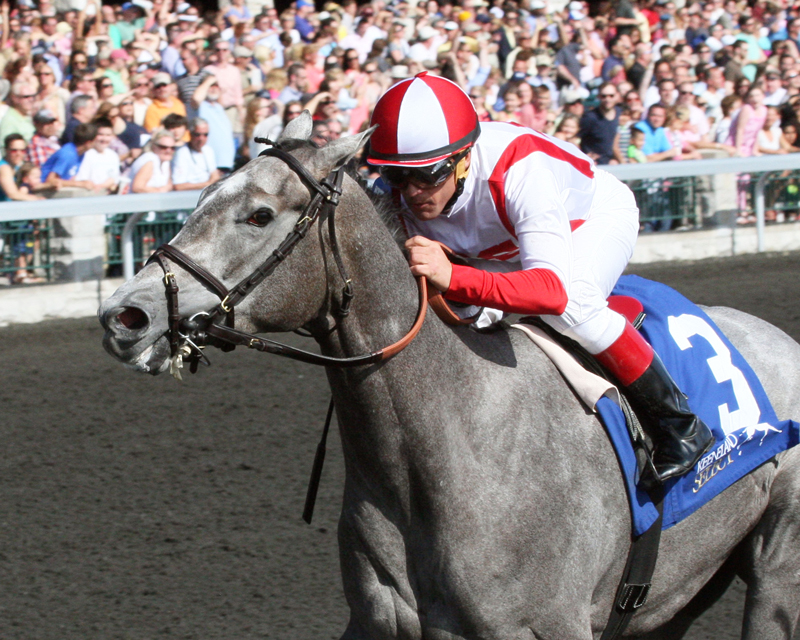 Ready To Act and Javier Castellano in the 2014 Beaumont Stakes at Keeneland.
Photo: Keeneland/Coady Photography

What to wear to the Charles Town Classic at Hollywood Casino 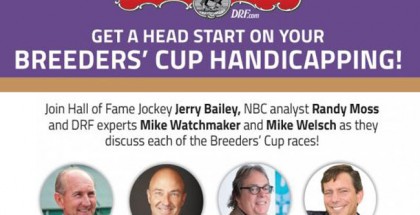