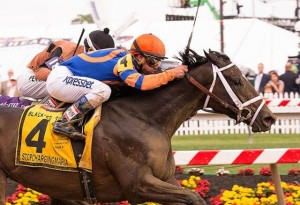 There were 11 total fillies running in the race fighting for the $500,000 purse. Stopchargingmaria was ridden by famed jockey Javier Castellano and is trained by Todd Pletcher. This was the fourth Black Eyed Susan Stakes win for trainer Pletcher. Pletcher had another horse in the race as well, Sloane Square, who came in ninth place.

Coming into the race, trainer Todd Pletcher said of Stopchargingmaria, “I think like a lot of horses, her running style didn’t suit the way Gulfstream was playing at that time of the season. We shipped her to Oaklawn and she ran a little better, although I didn’t think she ran to her full capabilities. Now she seems to have moved forward and has been training very enthusiastically, indicating to us that she’s back in form. Hopefully, that turns out to be the case.”

It did turn out to be the case, since Stopchargingmaria rode hard and took the 2014 Black-Eyed Susan Stakes win. 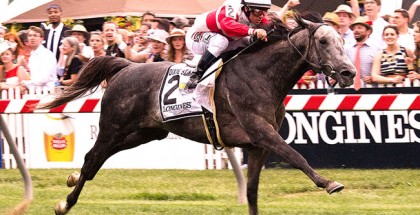