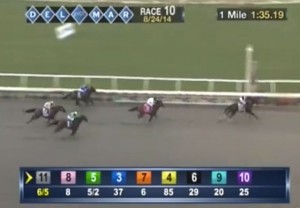 The three-year-old gelding and 5-2 favorite Shared Belief took on some heavy hitters in the 24th edition of the TVG Pacific Classic Stakes including seven-year-old Game On Dude, who won the race in 2013 and finished 2nd in the 2012 edition. Everyone’s biggest concern was British invader Toast of New York, who Shared Belief ultimately beat by three-lengths, even after a steward’s inquiry. 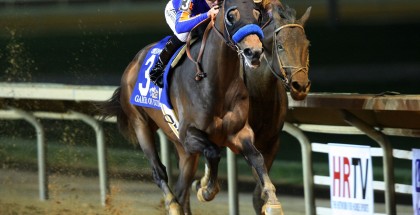