Below is a quick breakdown on all seven 2013 Sunshine Millions Classic Contenders: 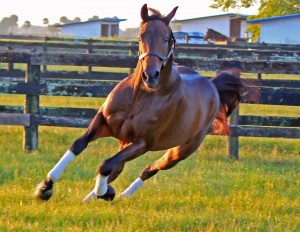 Ron The Greek has 8-5 odds for the 2013 Sunshine Millions Classic.

Ron The Greek, with 8-5 odds, may need to keep up a pace that is a bit faster than he likes. I want to root for Ron The Greek but something is lacking from his connections. I recently read comments from his trainer Bill Mott. The interview comments were not necessarily negative, he just seems to be missing the heart that’s needed to win a horse race.

Decaf Again is an eight-year-old horse. He had several owner and trainer changes throughout his career. Decaf Again breaks from post position number six with 30-1 odds. Jockey Corey Lanerie will be on the mount. A few of our very own Lady and The Track team members will put their money on Decaf Again strictly because they are big fans of Corey Lanerie and his charming good looks!

Fort Loudon is a Nick Zito trained horse with 4-1 odds in the Classic. Fort Loudon has mostly run sprints in his career.

Atoned has 20-1 odds for the 2013 Sunshine Millions Classic. He is owned by Dogwood Stables and trained by Delmar Martins.

Cash Rules may be the big upset of the 2013 Sunshine Millions Classic. Experts claim Cash Rules has what it takes to win the Classic. But going up against Mucho Macho Man is a tough job for all of the horses entered in this race. My non-expert prediction is that he finishes in third place. Cash Rules has 8-1 odds. 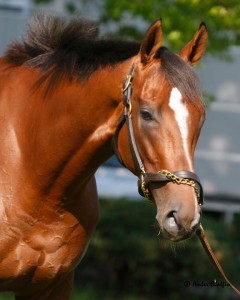 If you need advice on how to confidently place a bet at the track, read our easy to understand guide “How To Place A Bet“.

*Updated results for the 2013 Sunshine Millions*

The Amazing Eblouissante Dazzles Her Way To Victory