Home » News » The “Eclipsed” View of The Fans
No Comments 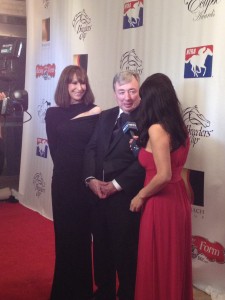 The 2012-2013 Eclipse Awards took place this past Saturday at Gulfstream Park in Hallandale Beach, Florida. The Lady and The Track team visited the racetrack and events that took place in addition to the Sunshine Millions, where Ron The Greek victoriously ran to the finish line. Fan-friendly events were advertised heavily last week for Gulfstream Park, which gave us the opportunity to talk to true race horsing fans. Most gave us their opinions on Gulfstream Park and The 2013 Eclipse awards events. Some fans were happy with the opportunity to see the industry’s finest but wished for more one-on-one interaction at Gulfstream’s “Fan’s First” event. The Lady and The Track team set up camp at Gulfstream Park early for the 2013 Eclipse Awards to catch a glimpse of all the fashion. The event’s invitation welcomed black-tie optional “Miami Chic” attire. Fans joined us from all over the country including two women from Missouri that knew more about the sport than anyone I have ever met. The ladies were dressed beautifully for the “Fans First” event. We decided to invite the enthusiastic women to join us to comment on the fashion. Besides, we had the best seat in the house at the outside bar located five feet away from the 2013 Eclipse awards red carpet! As the 2013 Eclipse award winners emerged from the stage to take pictures outside, fans were there to welcome them with applause. The glamorous Zillah Reddam wore our favorite look of the night. Zillah and John Paul Reddam received the Eclipse award for I’ll Have Another, champion three-year-old male. Zillah looked flawless beside her husband in a stunning black gown that showed off a little shoulder. Her make-up was impeccable and she wore a warm smile that set her apart from the rest of the crowd. 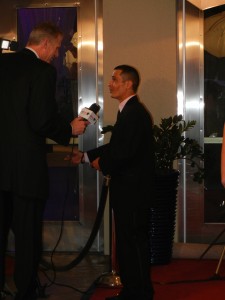 Javier Castellano briefly interviewed outside of the 2013 Eclipse awards and the fans went wild! The world-famous jockey appeared calm, cool, and collective in his bond-like tuxedo. Javier Castellano was amongst the group that accepted the Eclipse Jockey of The Year award on behalf of Ramon Dominguez. We only wish Javier Castellano would have greeted his fans. There were several people and even a small child waiting patiently with pen and paper trying to get Javier’s attention. The young ladies of Trinniberg, who won the Eclipse for Male Sprinter, were glamorous and stylish. These women looked liked supermodels in their beaded backless gowns! By far a fan favorite in the fashion department! 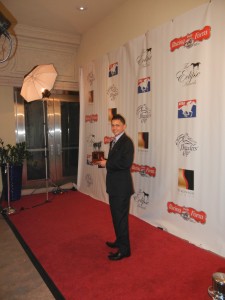 Jose Montano won the Eclipse for Outstanding Apprentice Jockey. Jose was the one and only person that waved to fans from the red carpet and paused to take pictures. Jose Montano and his entourage looked sleek in their beautifully fitted suits with pastel ties. I would imagine this group had a fantastic night out on Saturday. They definitely had a good reason to celebrate! Nick Nicholson received the Eclipse award for Merit. Mr. Nicholson looked dapper in his tuxedo. He was classy and grateful. Mr. William Buff Bradley accepted the Eclipse award for Champion Sprinter Groupie Doll with his partners. We aren’t sure who the lucky lady in red was, but we sure loved her fun dress! The color was perfect on her and was a nice change to all the black gowns. Lady and The Track would like to congratulate all of the winners of the 2013 Eclipse Awards! We are extremely grateful to Gulfstream Park for their generosity towards the loyal fans of horse racing by enabling them to be part of the 2013 Eclipse Awards. Complete List Of Eclipse Winners & Voting Tallies: Two-Year-Old Male Shanghai Bobby, 253; Uncaptured, 1. Two-Year-Old Female Beholder, 225; Executiveprivilege, 27; Dreaming of Julia, 1; So Many Ways, 1. Three-Year-Old Male I’ll Have Another, 247; Bodemeister , 3; The Lumber Guy, 1; Paynter, 1; Union Rags , 1; Voter Abstention, 1. 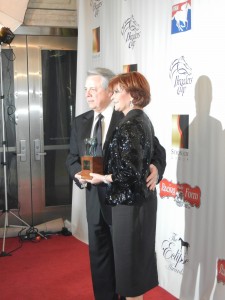 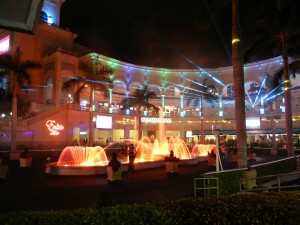 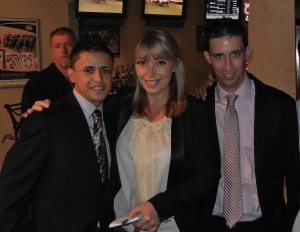 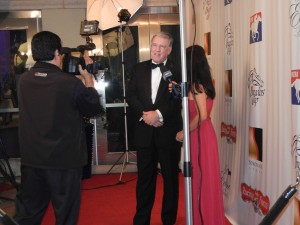 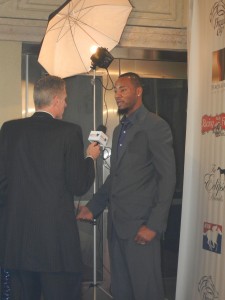 Rashard Lewis of the Miami Heat was a presenter at the 2013 Eclipse Awards. 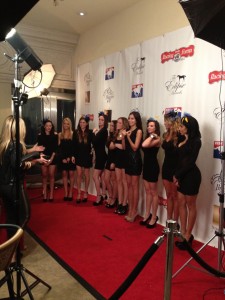 The lovely “Feather Girls” at the 2013 Eclipse Awards. 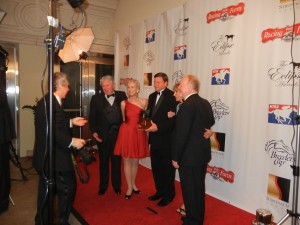