Home » Horses We Love » Born for the Belmont Stakes

Born for the Belmont Stakes 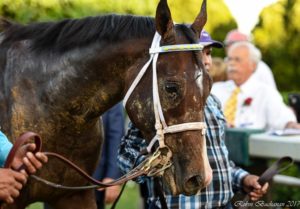 When American Pharoah won the Belmont Stakes in 2015, he did something that had been accomplished just eight times since 1941.

No, I’m not talking about winning the Triple Clown — that’s statistically easy by comparison. I’m talking about annexing the Belmont Stakes as a February foal.

A dozen horses have won the Test of the Champion after first capturing the Kentucky Derby and Preakness Stakes, yet only seven thoroughbreds known to be foaled in the month of February have, likewise, passed the Test. Notable February failures at Big Sandy include California Chrome, Orb, Smarty Jones, War Emblem, Silver Charm and Spectacular Bid.

True, Chrome lost to Tonalist, who was also born in the second calendar month of the year, but that’s still only seven February foal winners from 67 editions of the Belmont in which the birth date of the victor was known.

Now, I know what some of you are thinking: this guy has flipped his lid — birthdays as a… (more)

Cloud Computing Proves Patience Is a Virtue With Preakness Win

Why A Longshot Will Win the Belmont Stakes