Home » Upcoming Races » The Glory That Is The Cheltenham Festival Continues: Day Three
No Comments

The Glory That Is The Cheltenham Festival Continues: Day Three

The Glory That Is The Cheltenham Festival Continues: Day Three by Kirby C. Grimes– Thursday marks the third day of the four day Cheltenham Festival. With three Grade One races and 125 horses scheduled to go forth in seven races, the excitement continues to build for Friday’s crescendo. The ground continues to dry and has allowed for several surprises. On Wednesday alone, one exacta paid in excess of $2,000 and one place price exceeded $66. TVG2 and your favorite A.D.W continues to offer coverage of the festival. 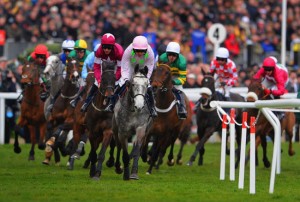 Thursday marks the third day of the four day Cheltenham Festival. With three Grade One races and 125 horses scheduled to go forth in seven races, the excitement continues to build for Friday’s crescendo.
Photo: CheltenhamFestival.net

The day begins with the Grade One JLT Novice’s Chase. With a post time of 9:30 a.m. eastern, ten horses are slated to run. Though the race is the smallest field of the day, the race is highly competitive as seven of the ten runners rate a chance to win.

The Willie Mullins trainee, Outlander, ranks as the top pick. Winner of three in a row in Ireland, he won a Grace One Novice Chase last out at Leopardstown. His tactical racing acumen will allow him to remain close up and take the lead at the final few fences. The dry ground will add to his turn of foot, and he has ran well over similar ground before.

Garde La Victoire is the most likely horse to complete the exacta. He has won his last four over fences and won over the Cheltenham course in November. The drying ground will be a major hurdle to overcome for him and that knocks his win chances down.

Black Hercules, winner of four from six recently, is coming into the race in good form. Again, the ground will be an issue and the duo of Willie Mullins/Ruby Walsh with need some luck o’the Irish to see him win. Bristol De Mai should also be considered for the trifecta. Having won four of his last five races by a combined 64 lengths. Likely to be forwardly placed, he could steal the win by making every fence a winning one.

The second race of the day is the Pertemps Network Hurdle Final (a Listed Handicap Hurdle). Set to be contested over three miles, 24 horses are entered. To be eligible horses must have competed in one of the qualifying races and finished in the top six.

The Nicky Henderson entrant Cup Final is highly talented and offers great value with a huge chance to win. A winner of a qualifier last out at Musselburgh, he won in impressive fashion after a 14 month layoff. Despite having jumping issues he moved forth at the third to last flight and drove clear to win. He is well suited to move forth off that victory and is top pick.

Sadler’s Encore also rates a good chance to win and should be included on all exotic and place tickets. In his first start off a 20 month layoff he fought gamely while finishing fifth. In his next start at Sandown in February he won a Grade Three. Well suited to continue to improve,he should only be overlooked at your wagering peril.

Several other horses to be included in exotics wagers (click here) include Duacana, Arpege D’alene and Missed Approach. This race is an excellent wagering opportunity.

The third race on the card is the Grade One Ryanair Chase. While fifteen horses will go forth, the race is all about Vautour. Scratched out of the Cheltenham Gold Cup to run here, any price will seem a gift. Last out he was second on Boxing Day in the prestigious King George VI Chase at Kempton Park. He led late then dueled with eventual winner Cue Card before loosing by a narrow head. A previous winner at Cheltenham the only way for him to loose would be to fall.

To complete the exacta look to Al Ferof, who was third in the King George VI. Prior to that he was a winner over fences in a Grade Two at Huntington in December. He will be reserved through much of the race but will finish best of the rest.

Competing to round out the trifecta will be Village Vic and Road to Riches. Village Vic has won back to back Grade Threes, both at Cheltenham. This gives him a good chance at a minor placing as a dual course and distance winner. Road to Riches was a distance second in the Irish Gold Cup although he will be hampered by the dry ground.

The Grade One Ryanair World Hurdle comes fourth on the card. A smallish field of 12 will be domimated by Thistlecrack. A course and distance winner last time out in January, the race is his to loose.

For the exacta look to Aux Ptits Soins trained by Paul Nicholls. Sidelined since his win the Coral Cup at Cheltenham last March, he is an experienced runner. With the right trip worked out a placing is well within his ability.

The 24 runner Brown Advisory & Merriebelle Stable Plate is race five on the day. The Grade Three Handicap Chase is set to be contested over two and five eights miles. Though a huge field will start there are several confirmed fallers which could likely lead to a trouble filled race.

Both Dare Me and Stiletto also rate win consideration. With similar running styles the ground will also play to their advantage and neither should be left off any tickets.

The penultimate race of the day is the Grade Two Trull House Stud Mare’s Novices Hurdle. The two and one eight miles contest will see 17 horses compete. The race is headlong by the lightly raced but highly talented Limini.

The dynamic duo of Willie Mullins and Ruby Walsh team up with Limini who rates a good chance to win. She has won both her races over hurdles in Ireland. The issue with her is her jumping is not quite as fluid as might be necessary to win. However with in an overmatched field she is most likely to win.

Smart Talk is most likely to challenge Limini for the win. Winner of four and her last five starts including a Grade Two at Doncaster. The dry ground will be perfect for her and a dual late could develop. For the trifecta, Chocca Wocca will provide excellent value. A winner last out at Market Rasen, she too will take to the ground.

The final race of the day is the Fulke Walwyn Kim Muir Challenge Cup Handicap Chase. This race is solely for amateur riders and will test both horses and handicappers. The best win chance comes with Doctor Harper. A winner at Leicester in a Novices Chase, he will relish the added distance and should come home a winner.

Other horses to consider in the 23 horse field include the dedicated closer Perfect Candidate who will be there in the end. Sambremont, a Willie Mullins horse, will improve off his last two wins with the extra distance.

Day Three of the Cheltenham Festival is another thrilling day or racing. An excellent opportunity to immerse ones self in National Hunt racing await. Do not forget Friday is the world famous Cheltenham Gold Cup. 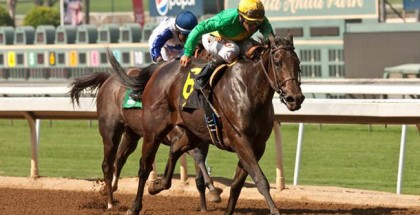 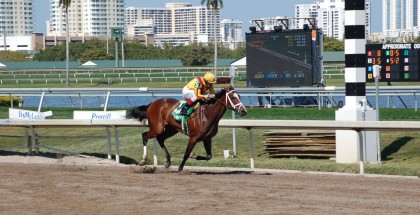 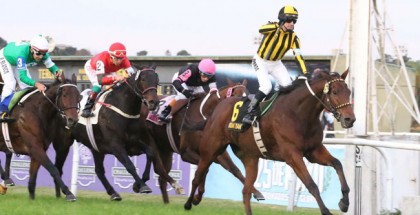 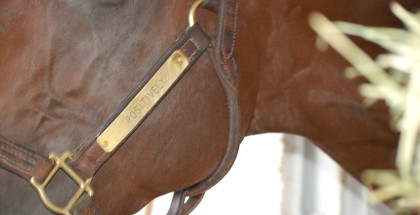