Lea’s Breeders’ Cup Plans Hinge on Woodbine Mile: Wise Dan’s retirement gave Woodbine Mile contenders on Sunday a huge break. Instead of racing against a living legend, the remaining challengers face horses with question marks, such as the Bill Mott-trained Lea. Winless since January, Lea’s connections wish to place him back on a successful path. In addition, multiple turf stakes winner Obviously returns. Plus, the Europeans Mr. Owen and Mondialiste seek to take advantage of a weakened Grade I. 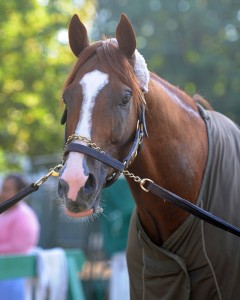 Winless since January, Lea’s connections wish to place him back on a successful path leading to the Woodbine Mile on Sunday, Sept. 13, 2015 at Woodbine. Photo: Susie Raisher, Coglianese/NYRA

Upsets happen, but the winner seems likely to come from one of those four horses. Fans know Lea because he won the Donn H. (GI) at Gulfstream Park last year and competed in other stakes races on dirt this year. After a failed effort in the Whitney (GI), they decided to see where turf racing leads their horse. Mott commented on the change in a press release.

“We were pleased enough with the way he worked on it (turf) that we thought he deserved another chance,” explained Mott. “We’ll see what happens first on the weekend (before deciding on future plans, including the Breeders’ Cup Mile).”

At least Lea owns a graded stakes win on turf, which came in 2012 at Churchill Downs. He also finished second to Wise Dan in the 2013 Firecracker H. (GII).

Lea’s overall past record is a difficult one to analyze. When this horse won the Donn, a bright dirt future looked in store. Then, Lea went on the bench, reappeared this year in the Dubai World Cup (GI) and finished a solid third, and earned another paycheck with a second-place finish in the Stephen Foster (GI) at Churchill Downs. Compared to those races, his sixth-place finish in the Whitney comes off as a head-scratcher. Is Lea’s form on a downcycle?

As mentioned, Obviously owns a lot of graded turf stakes wins. His overall record shows 11 wins out of 22 starts, suggesting this horse loves winning. The speedy gelding also enjoys running super-fast early, as the Breeders’ Cup Mile (GI) demonstrates. He set the pace, going in 21.95 seconds for the first quarter and 45.16 for the half mile. Understandably, he faded. Although talented, Obviously leaves himself vulnerable to fatigue by going for broke immediately.

While Breeders’ Cup races run at a faster clip than most “normal” graded stakes races, Obviously must overcome a new turf surface as well. He picked up two wins in Ireland to begin his career, but spent the next three years exclusively in Southern California. Will Obviously’s speed hold up at Woodbine, even with a decent trip on the lead?

If Obviously folds and Lea flops once again, the two Europeans shippers may capitalize on the situation. Out of the two overseas invaders, Mr. Owen appears more reliable. For one, his younger age (three-year-old colt) gives more room to improve. Over the summer, Mr. Owen finished third in the Poule d’Essai des Poulains (GI), a stakes race in France. The winner Make Believe went on to compete in the St. James Palace (GI) versus Gleneagles. Mr. Owen needs firmer ground though, and the weather forecast calls for rain.

Mondialiste deserves consideration too. He recently won a Group III event at York in England. Before his win, he won an ungraded (or “ungrouped”) stakes race. Some hesitation exists in recommending him. Mondialiste just feels a step below the proper class, but the switch to North America might raise his level.

In any case, the Woodbine Mile champion earns a trip to the Breeders’ Cup Mile in late October at Keeneland. Use the above aforementioned horses in multi-race wagers. Maybe box them if going horizontally, and think about throwing Kaigun, Za Approval and Grand Arch underneath. Even without Wise Dan, the races promises to be an exciting one. 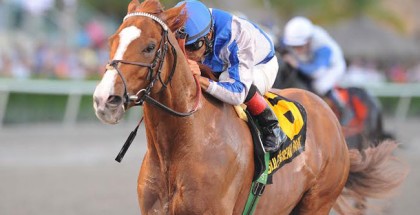 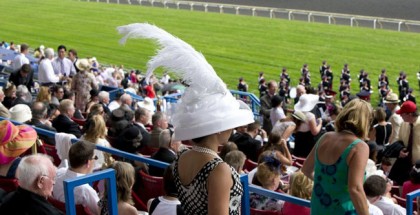 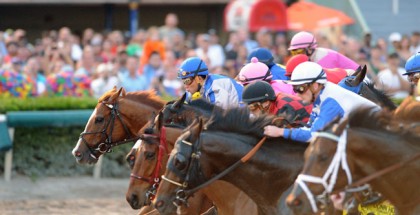 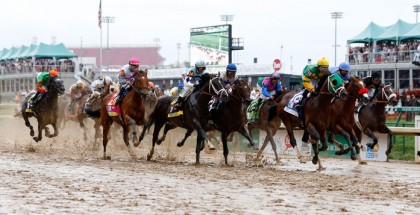