Breeders’ Cup 2015 Picks and Plays: The 32nd running of the Breeders’ Cup takes place at Keeneland on Friday, October 30, and Saturday, October 31, 2015. Lady and The Track has put together an easy analysis of all thirteen Breeders’ Cup races for the two-day event, and here’s a bit more lengthy analysis on some of the favorites. We’re trying to hit some winners while playing some exotics in an effort to enjoy the entire event.

BC Juvenile Turf: 8 Airoforce, 1 Dressed in Hermes
Airoforce is unbeaten in two starts, showing heart in both races and pulling away by several lengths when horses tried to pass him in the stretch. He knows how to beat full fields, and that’s a huge advantage. Dressed in Hermes broke his maiden in the Zulma Beach Stakes at Santa Anita while running wide throughout the race. A horse has to have some class to break its maiden in a stakes event. A good play here would be Dressed in Hermes to show.

BC Dirt Mile: 3 Liam’s Map, 8 Wicked Strong, 5 Lea
Liam’s Map is, in theory, the cinch of the BC Series, but I’m not a fan of playing a single with no value. This horse is a true miler and should be very tough to beat. However, if somebody were to try to press him, a stalker could take this race. Wicked Strong is a grinder and can take advantage of a pace meltdown. He has zero wins in seven starts this year; however, he is a fighter and should run very well again. Lea is back to the dirt in a one-mile race, a distance he should appreciate, especially if the pace is really strong. He has class and will give his best in this race. I suggest an exacta box using 3, 8, and 5.

BC Juvenile Fillies Turf: 4 Catch a Glimpse, 8 Harmonize
Catch a Glimpse became a serious horse when she switched to grass, winning an allowance and the Natalma Stakes (GII), both at Woodbine. Catch a Glimpse impressed when she stretched out to one mile and finished with plenty of gas in the tank. Harmonize is another nice filly who has the abilities to run however she wants. If the pace is strong, she can relax early, but if it’s an honest pace, she can be near the lead. In my opinion, both Catch a Glimpse and Harmonize could beat the Euro fillies. I like Catch Glimpse to win since her odds will be profitable.

BC Distaff : 1 I’m a Chatterbox, 4 Stopcharmingmaria, 12 Got Lucky
The Distaff is a wide open race since most of these fillies and mares have a chance to win. I’m giving the slight edge to the filly I’m A Chatterbox since she looked more professional in her last victory in the Cotillion Stakes (GI) at Parx Racing. Her workouts are really impressive, and she looks ready to face the mares. Stopcharmingmaria has a nice record at the distance, and this time she should be able to run more relaxedly in the early stages. Got Lucky is the “now” horse and will roll late. Here I’m playing an exacta box using 1,4, and 12.

BC Turf Sprint: 3 Undrafted, 5 Lady Shipman, 12 Ready for Rye
Undrafted has Breeders’ Cup experience, and that is a huge advantage. Last year, he flew in the stretch but missed the win by just a half-length. He is the class of the field and will roll late again. Lady Shipman is facing males for the first time; however, she’s pretty fast and should be very tough to beat here. This is her acid test, but she will fight until the end. Ready for Rye is unbeaten on the turf and is a horse that can run near the lead. He will be in the mix. You can use these three horses if you’re playing a Pick 3 or Daily Double.

BC Filly & Mare Sprint: 10 Kiss to Remember, 11 Judy the Beauty
Kiss to Remember ran a magnificent race against Unbridled Forever in the Ballerina Stakes (GI). Even though her jockey lost the whip, she finished second, just one length behind Unbridled Forever. Defending champion Judy the Beauty is looking for her second Breeders’ Cup Filly and Mare Sprint victory in a row. Although it looks like she may have lost a step, she deserves respect. My play in this race is Kiss to Remember to win–place-show.

BC Filly & Mare Turf: 3 Legatissimo, 12 Secret Gesture, 11 Stephanie’s Kitten
Legatissimo is the class of the field and the likely winner of this race. However, throughout history we have seen some favorites who have disappointed, so we are looking for value in this race. Secret Gesture is a Euro who has a huge advantage – she has already run in America, winning the Beverly D (GI) at Arlington Park. Stephanie’s Kitten is a consistent mare, and she was second in this race last year. Her last victory at Belmont suggests she is ready for the fight. I am playing Stephanie’s Kitten to place.

BC Sprint: 10, Salutos Amigos, 13 Private Zone, 8 Wilde Dude
I expect a hot pace, so I’m picking horses that can take advantage of that. Salutos Amigos ran a terrific race in the Vosburgh. He broke one step slow at the start but was able to recover and roll late, missing the win by just a neck. I must include Private Zone, a horse with plenty of quality but inexplicable bad luck in Breeders’ Cup races. This is his third attempt to win this race, and he will surely be one of the favorites again. Wild Dude is another horse who can run near the lead and win the race if the pace collapses. My suggested plays in this race are Salutos Amigos to Win–Place and an exacta box using 10,13, and 8.

BC Mile: 7 Tepin, 9 Esoterique
In my opinion, a lady will win the Breeders’ Cup Mile. Tepin is unbeaten at one-mile races this year, including an awesome performance in the First Lady Stakes (GI) at Keeneland. In that race, she demonstrated that she doesn’t need the lead. Esoterique has come from Europe with a nice record as a Group I stakes winner. She has a lethal late kick, so it will be interesting to see if Tepin can hold off the Euro mare in the stretch. You can use these mares in your plays, like in a Pick 3 or Pick 4.

BC Juvenile: 12 Swipe, 10 Ralis , 3 Greenpointcrusader
Swipe had a horrible trip in the Frontrunner Stakes, but regardless, he was nearly able to beat Nyquist. With a clean trip, Swipe can win this race at good odds. I’m drawing a line through Ralis’s last race because his performance was not the same in the slop. If he repeats his Hopeful Stakes effort, he will be in the mix. Greenpointcrusader is improving with each race, and, according to his pedigree, he should like the distance. If it rains, his chances increase. Swipe could win at huge odds, so playing him to win is a good bet.

BC Turf: 1 Golden Horn, 7 Big Blue Kitten, 12 Ordak Dan
Golden Horn is the winner of the Arc de Triomphe (GI), and that’s enough to prove his superiority. He has 7 wins in 8 starts and always shows big heart down the stretch. For America, Big Blue Kitten will try to beat him. Big Blue Kitten is a fighter, and it’s never easy to beat him. The Argentinian Ordak Dak has acclimated very well in America, and he looks fit for this race. He will run his race, stalking the pace and waiting for the right moment to make his move. He is a must-use in exotics plays. Ordak Dan is underrated, so you could play him to show.

BC Classic: , 4 American Pharoah, 9 Honor Code
The Breeders’ Cup Classic is the race everybody has been waiting for. The clash between the Triple Crown winner American Pharoah and the best mare of the country, Beholder, will a rarely seen event. Although she spiked a fever related to shipping, it seems that issue hasn’t affected her at all. She looked great in her workout and seems ready to beat the males. American Pharoah is working like a freak and is in excellent condition, ready to give his best in the final race of his career. Honor Code was third in the Kelso Handicap (GII) over one mile in a race considered to be prep for the Classic. After that race, he worked like a champ. Certainly the key of this race will be the pace; will American Pharoah be pressed again like Frosted did to him in the Travers? The answer to that question will be known only a few seconds after the start. This is a perfect race to simply watch and enjoy. **UPDATE: BEHOLDER, SMOOTH ROLLER SCRATCHED
See Breeders’ Cup Classic Posts & Odds 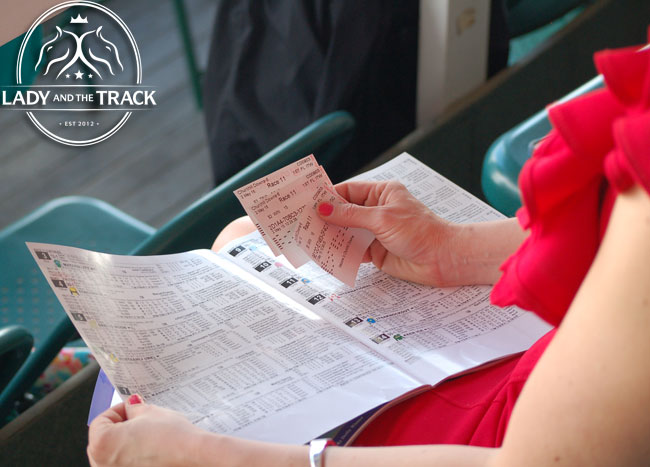 The 32nd running of the Breeders’ Cup takes place at Keeneland on Friday, October 30, and Saturday, October 31, 2015. Lady and The Track has put together an easy analysis of all thirteen Breeders’ Cup races for the two-day event.
Photo: LATT 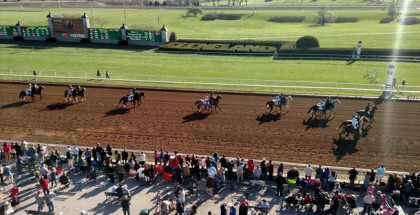 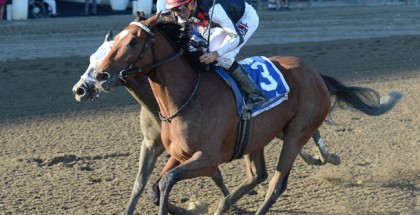