Breeders’ Cup Horses for Beginners to Watch: As the biggest weekend in horse racing approaches, it’s easy to get overwhelmed by the abundance of incredible equine athletes that will be taking Keeneland by storm for the Breeders’ Cup. However, there are a particular few that call for constant watch for they are the ones the entire horse racing world will be watching most closely.

Opting for the Dirt Mile rather than the contentious Classic, Liam’s Map is a racer who has been turning some heads lately. Nipped at the wire by a fast-closing Honor Code in his only loss, this speedy, gray four-year-old will likely be most recognizable on the track as the runner in the front settling sizzling fractions. In the paddock, you can find Liam’s Map, one of only two grays entered in the mile, wearing a blue #3 saddlecloth with jockey Javier Castellano dressed in blue and gold silks nearby.

Rachel’s Valentina, the current darling of the two-year-old filly division thanks to her mother’s lasting popularity, intends to uphold her perfect record with her run in the Breeders’ Cup Juvenile Fillies. The relatively plain bay filly is anything but, blasting off her career with two impressive victories for trainer Todd Pletcher and owner Stonestreet Stables. Breaking from post position nine beside her most worthy and likewise undefeated opponent Songbird, Rachel’s Valentina will work to carry the gold and dark red colors of Stonestreet to victory.

With only a week off between her last start and her next in the Breeders’ Cup Filly and Mare Sprint, La Verdad seems ready to claim her first Grade I. This bay five-year-old mare with the striking narrow blaze has a whopping 16 victories in 22 lifetime starts, but a win at the highest level of racing has evaded her. She intends to change that, however, when she exits post position 4 under her owners’ bright pink and blue silks.

There’s no doubt that the paddock will be especially packed before the Breeders’ Cup Sprint, and many in that crowd will be craning their necks for a peek at sprinting sensation Runhappy. With his sole loss a result of running at a distance a bit outside his wheelhouse, this otherwise undefeated sprinter will be recognizable with patriotically-colored silks and a green #5 saddlecloth.

Beholder isn’t the only lady taking on the boys on Breeders’ Cup weekend. Tepin is one of two fillies taking on males in the Breeders’ Cup Mile, and her performances this year have likely prepared her for a solid performance, especially her last electrifying win in Keeneland’s First Lady Stakes (GI). Jockey Julien Leparoux will don the blue and white silks of her owner, and Tepin herself will be wearing a black saddlecloth with #7 indicating her place in the starting gate.

Showered with puns all throughout his successful year, The Pizza Man has become a fan favorite for the Breeders’ Cup Turf. After taking a duo of important turf stakes at Arlington, The Pizza Man settled into his Keeneland digs quite well with a runner-up finish in the Shadwell Turf Mile Stakes (GI). If you see a gorgeous bay with a big, bold star on his face and a purple saddlecloth under his saddle, you’ve found The Pizza Man.

If you’re looking for the biggest star of the Breeders’ Cup Championships, look no further than Triple Crown champion American Pharoah. The drought-quenching colt will be making his final start in the Classic before heading off to his new residence at Coolmore’s Ashford Stud. As such, he should be easy to spot on race day due to the likely hordes of crowds, media and fans alike, surrounding him. The notoriously friendly champion will be breaking from post position four in the Classic in the familiar turquoise and gold colors of Zayat Stables.

The Breeders’ Cup two-day event takes place at Keeneland on Oct. 30-31. NBC will begin coverage on Saturday at 4:00 pm ET.

Beholder Will Not Compete in Breeders’ Cup Classic 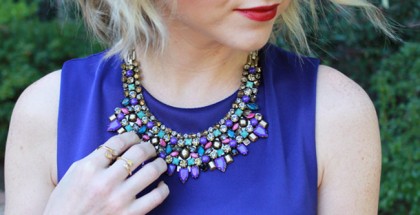