Dancing Rags has Pedigree to Dance all Dances

Dancing Rags has Pedigree to Dance all Dances by Casey Laughter: The Grade One Darley Alcibiades produced another graded stakes winner for first crop stallion, Union Rags. The filly, Dancing Rags, stalked the early pace and took command at the top of the stretch, showing why she was best. She held off late running Daddy’s Little Darling by just one length. 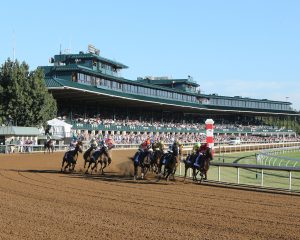 Chadds Ford Stable’s Dancing Rags swept past pace-setting Caroline Test at the top of the stretch and had more than enough left to hold off a late bid from Daddys Lil Darling to win the 65th running of the $400,000 Darley Alcibiades (G1) for 2-year-old fillies by a length before a Fall Meet record Friday opening-day crowd of 19,882.
Photo: Coady Photography

Pedigree suggests that Dancing Rags should handle an extra sixteenth well, if she makes her way to Churchill Downs for the Kentucky Oaks in the spring. She seemed to do just fine at 8.5 furlongs, if one watches the Alcibiades replay.

Union Rags was a top notch racehorse with an interesting story behind him. As a two-year-old, Union Rags went 3-for-4, winning the Grade Two Saratoga Special and Grade One Champagne. He was a nose in second in the 2011 Breeders’ Cup Juvenile behind Hansen. At age three, Union Rags only finished off the board once in four races. He won the Grade Two Fountain of Youth, was 3rd in the Grade One Florida Derby, 7th in the Kentucky Derby, and then rebounded after skipping the Preakness to win the Belmont Stakes over Paynter.

As a sire, Union Rags has been up to a lot. He has two grade one winners, which includes Dancing Rags and Union Strike, the Del Mar Debutante winner. He also has sired Lady Stardust, Everybodyluvsrudy, and No Dozing.

Dancing Rags is out of the Storm Cat mare, Home Court. Home Court ran four times in her short career. She never won passed six furlongs, but placed in the Grade Three Iowa Oaks. As a broodmare, Home Court has produced eight named foals, seven of them are winners. Dancing Rags and Coup de Grace (Tapit) are the only graded stakes winners. Coup de Grace was a multiple graded stakes winning sprinter, taking the 2014 Bay Shore (G3) and Amsterdam (G2). In 2015, the colt never won a race, but finished third in the Grade One Kings Bishop. He has since been sold to stand stud in South Africa.

Home Court is a daughter of the legendary stallion, Storm Cat. As a racehorse, Storm Cat won 4 of 8 starts. He placed second in the 1985 Breeders’ Cup Juvenile, just being nipped at the wire by Tasso. As a stallion however, Storm Cat surely will be remembered as one of the most influential stallions of recent memory, and likely all time. Just to name a few, Storm Cat sired Belmont Stakes winner Tabasco Cat, Giant’s Causeway, fillies such as Life is Sweet, and Storm Flag Flying. As a broodmare sire, Storm Cat’s daughters produced top horses such as Folklore and Speightstown. Storm Cat is also the great-grandsire of American Pharoah, the 12th Triple Crown winner.

Dancing Rags is not lacking in pedigree and just the first generation suggests se will be fine at distances up to nine furlongs, and possibly more. The only time fillies are asked to run further than nine furlongs on the dirt are in the Alabama Stakes, if we are talking top level racing here. Dancing Rags will likely ship to Santa Anita for a shot at the Breeders’ Cup Juvenile Fillies, where she will have to face Daddy’s Lil Darling, Noted and Quote, Sweet Loretta, and Pretty City Dancer, which are all challenge winners. Other probable entries include Union Strike, With Honors, and Cherry Lodge. 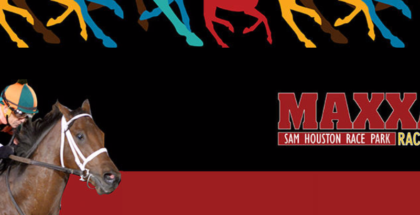 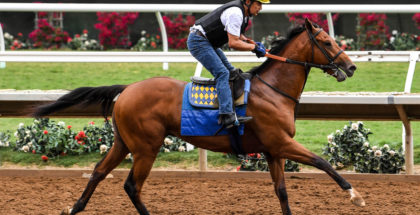