The Road to the Kentucky Derby (GI) has truly begun in places such as California, Florida and New York. Horses are emerging as potential superstars in the making, bringing to life the annual hopes and dreams of owners, trainers, and jockeys. Classic Empire, the 2016 Breeders’ Cup Juvenile (GI) winner, remains a top choice for the most likely to make and win the 2017 Run for the Roses, but others are starting to prove their worth and showcase their talents.

Is one of these your Kentucky Derby horse? 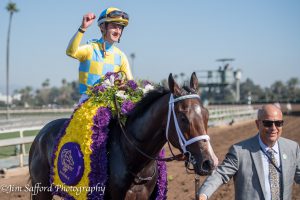 Classic Empire (Pioneerof the Nile – Sambuca Classica, by Cat Thief) – Classic Empire had his first timed work of his 3-year-old year. With sights set on debut for 2017 on Feb. 4 in the Holy Bull Stakes (GIII) at Gulfstream, Classic Empire is looking every bit the part of an early Kentucky Derby favorite. Norman Casse, assistant to his father, Mark Casse, has high hopes for the energetic colt. “He came back to the barn, he was bouncing. The work didn’t take anything out of him.” While Classic Empire is still clearly the best of the rest of the 3-year-old crop, he will need to continue to mature and display his fighting talents as others close in on him through the first half of 2017.

Mastery (Candy Ride – Steady Course, by Old Trieste) – Since his easy score in the Los Alamitos Cash Call Futurity (GI), Mastery has recorded only one timed work on December 29, going three furlongs in an easy :36, third fastest of 29. With a classic-type pedigree on both sides and the fact he’s a mature colt despite being a late foal, he is tall and rangy, looking every bit the 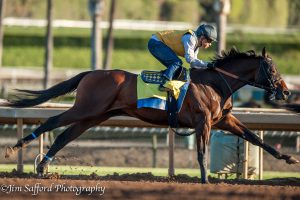 part of a top classic contender. He should be able to show more dimension as things get tougher, but for now he is easily the best in California. That seems to be no surprise, coming from the stable of Hall of Famer Bob Baffert.

McCraken (Ghostzapper – Ivory Empress, by Seeking the Gold) – Since his win in the Kentucky Jockey Club Stakes (GII), undefeated McCraken has posted three official works, which seems to show that trainer Ian Wilkes is mostly looking to maintain the colt’s fitness, as they are all of average times over a half-mile. One huge positive I see with McCraken is his affinity for the Churchill Downs dirt, as all three of his starts have come at the Louisville oval. He is bred to be quick and mature as he ages. Experience and time will be this colt’s biggest allies, and Ian Wilkes is just the type of trainer capable of getting this colt to prime condition by the first Saturday in May. 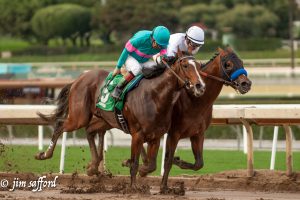 Gormley (Malibu Moon – Race to Urga, by Bernstein) – What a race the Sham Stakes (GIII) was! Gormley, bouncing out of a poor finish in the Breeders’ Cup, came back to defeat a promising colt in American Anthem by just a scant nose. Jerry Moss, owner of the colt, has no idea where he wants to send the colt next, but I do get the feeling he will stay in California. John Shirreffs believes the colt is “bred to run all day” and while I don’t know if I agree with him 100%, I also did not train a Kentucky Derby winner or a two-time Breeders’ Cup winner and Horse of the Year.

American Anthem (Bodemeister – Indy’s Windy, by A.P. Indy) – In only his second start, American Anthem went right to the lead for jockey Mike Smith and barely lost the Sham Stakes to Gormley, a more experienced horse. American Anthem more than likely got a very valuable education out of that race and will come back fighting next out. Baffert has used the Oaklawn Park path to the Kentucky Derby, but this colt could stay in California as well. Time will tell. 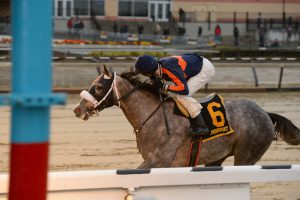 El Areeb (Exchange Rate – Feathered Diamonds, by A.P. Indy) – While I personally cannot get on the bandwagon fully for this colt, looking into his pedigree last week has me thinking he could be something. While his genealogy does not immediately scream Derby to me, looking deeper and we will find more. El Areeb demolished the Jerome Stakes (GIII) in both his graded stakes and two-turn debut and could easily become a top Kentucky Derby pick. My personal fear is that he will dominate New York and receive no true test until the Kentucky Derby, which could pose a problem in the long run.

Gunnevera (Dialed In – Unbridled Rage, by Unbridled) – Since his smashing win in the Delta Downs Jackpot (GIII), which trainer Antonio Sano specifically targeted after skipping the Breeders’ Cup Juvenile. The colt has since posted two timed five-furlong workouts, firing bullets of :58.85 and :58.80. He will be targeting the Holy Bull, where he could take on Classic Empire, who he was behind in the Breeders’ Futurity at Keeneland in October, and Three Rules, who finished sixth in the Breeders’ Cup Juvenile. Trainer Sano believes this colt is just going to keep getting bigger and stronger, which makes us all hopeful of his chances.

Mo Town (Uncle Mo – Grazie Millie, by Bernardini) – While Remsen Stakes (GII) winners usually fade away, Mo Town seems to have a bright future ahead. His Remsen was a slow one early (1:14.02 for six furlongs), he did power home in good time, clocking the final three furlongs in :37 2/5. His sire already has a Kentucky Derby winner and Bernardini was a Preakness Stakes (GI) winner and is a stamina influence. Mo Town will need to prove he has some more speed next time out. He will likely remain in New York 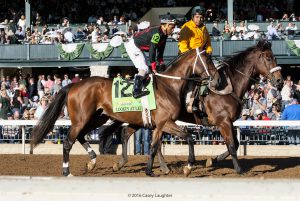 Lookin at Lee before the Breeders’ Futurity at Keeneland. Photo: Casey Laughter

Lookin at Lee (Lookin at Lucky – Langara Lass, by Langfuhr) – I am still holding out that this colt has a good win in him. The Steve Asmussen-trained colt is working well at Fair Grounds, posting three works since his fourth in the Breeders’ Cup Juvenile. The works are resembling more of maintenance than speedy regimen, but Lookin at Lee is a big colt with a lot of experience for a young age, having started six times in his 2-year-old season. He always seems to be just a step below his rivals, but always tries his hardest. I would like to see this colt go to the turf eventually.

No Dozing (Union Rags – Stay Awake, by Pulpit) – Arnaud Delacour has the Lael Stables colt at Tampa Bay, having put two times works into the colt since Remsen, where he made up ground to finish second behind Mo Town. The main reason I have this colt so low is that he seems to lack tactical speed and is slower than some of his crop. He hasn’t had a truly bad showing in his four career starts, winning his first two before a fourth in the Breeders’ Futurity and then the second in the Remsen. I would like to see him display more enthusiasm and speed in his races.

Running Mate (Creative Cause – Street Mate, by Street Cry) – The colt was two-for-two before a third place finish in the Sugar Bowl Stakes at the Fair Grounds via disqualification. Trained by Larry Jones, he’s likely targeting the LeComte Stakes (GIII), where he will be facing colts like Saints Fan and Cool Arrow.

Malagacy (Shackleford – Classiest Gem, by Dehere) – This Shackleford colt was just a stunner in his maiden voyage, smashing a field of maidens at Gulfstream by 15 lengths. The colt broke sharply for jockey Javier Castellano and kept with company, The Hardest Way, before taking off and galloping home. The colt has a pedigree that may not be exactly suited for ten furlongs, but after watching his maiden score, how can one not be optimistic?

Check out the latest Kentucky Derby odds at USRacing.com! 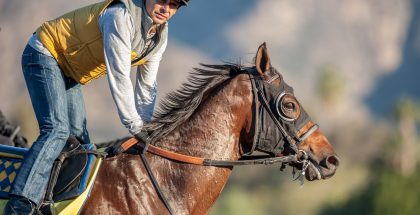 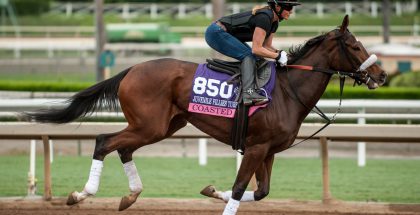 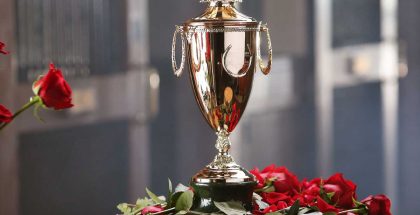