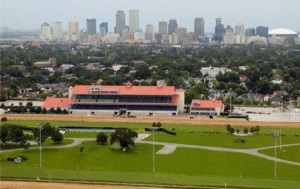 The LeComte Stakes (GIII) at Fair Grounds has had its fair share of top-notch winners and some not-so-great winners and is the first race held in Louisiana on the road to the Kentucky Derby. The race drew a full field, even in the shadow of an equine herpes (EVH1) outbreak on the track’s backstretch. Regardless, the top four finishers will earn precious Kentucky Derby points (10-4-2-) to make the starting gate on the first Saturday in May.

Let’s take a look at the field for the LeComte, in post position order:

Phat Man (Munnings – Nicole’s Dream, by Northern Trend) – Trainer Joe Sharp seems to believe this colt, who broke his maiden last out in a maiden claiming event, has the potential to be a stakes winner. Last out, his turf race was moved to the dirt, where he won by 12 lengths. Can he improve here? He is likely to go to the front and try to stay there.

Arklow (Arch – Unbridled Empire, by Empire Maker) – Donegal Racing has trainer Brad Cox sending this maiden in here after finishing second by a length in his third start. The colt likely will need even more distance than the one mile here, but it is a start. Breaking a maiden in a stakes race isn’t unheard of, but it could be a tall task in a full field like this.

Totality (Tapit – Jackpot Joanie, by Giant’s Causeway) – Totality is a full brother to Taxable, who was a Kentucky Oaks (GI) runner in 2016. Totality finished second last out in the Springboard Mile, won by Cool Arrow. Totality closes from off the pace, and he is likely to get a decent pace in front of him here.

Shareholder Value (Uncle Mo – Rylee’s Song, by Unbridled’s Song) – The $190,000 yearling, purchased by Klaravich Stables, has two wins in maiden and allowance company, but in his lone stakes attempt in the Kentucky Jockey Stakes (GII) last year could only finish sixth. In his two wins, he showed his preference for sitting just off the pace.

Untrapped (Trappe Shot – Exit Three, by Giant’s Causeway) – Steve Asmussen seems to have another colt who could be any kind. After finishing second in his debut at Keeneland in the fall, he broke his maiden at Churchill Downs in impressive fashion last November. He is another that seems to prefer to sit just off the leaders, which could give him first jump coming into the long Fair Grounds stretch.

Marco Mischief (Into Mischief – Blondie’s Meadow, by Meadowlake) – This Louisiana-bred finished second in his debut at Gulfstream Park West on the dirt but then broke his maiden last out on the turf, closing like a freight train. While he has shown he can contend on the dirt, he may be better bred for the turf.

Tip Tap Tapizar (Tapizar – Counterpoise, by Storm Cat) – This Whispering Oaks Farm-owned colt, another for trainer by Steve Asmussen, has danced every dance at age two. He did win the listed Sapling Stakes, he also placed Bashford Manor (GIII), the Saratoga Special (GII) and the Jean Lafitte Stakes. He apparently did not like the track at Delta Downs, as he finished eighth in his worst showing yet and his only time off the board. He should bounce back here.

Guest Suite (Quality Road – Guest House, by Ghostzapper) – This colt, owned in part by Lane’s End patriarch Will Farish, is trained by Neil Howard and has never been worse than third in four career starts. He’s maiden and allowance levels, and finished third in the listed Street Sense Stakes at Churchill Downs. He is another stalking types and while his pedigree appears to be loaded with speed, it is speed that is able to carry itself. He could be a factor in the pace here.

Running Mate (Creative Cause – Street Mate, by Street Cry) – Owner Bret Jones and trainer Larry Jones team up once again, this time on this promising young colt, who is from the first crop of Creative Cause. Running Mate has won two of his three starts, and finished third in the Sugar Bowl Stakes last out. He’ll need to break well if his preferred running style will be effective, as he likes to be on the lead.

Takeoff (Arch, Frisk Her, by Officer) – John Oxley has trainer Mark Casse sending this colt in off a maiden win at the Fair Grounds. Takeoff actually defeated rival Arklow last out going 1 mile 70 yards. Takeoff will be another who will need to break well to have his preferences accommodated, as he is another who so far has shown he likes to be on the lead.

Pat on the Back (Congrats – Accomplished, by Awesome Again) – Trainer Kenny McPeek sends this minor stakes winner in to try to bounce back after a sixth in the Delta Downs Jackpot (GIII). The colt has won three stakes at Belmont Park and placed in another and has also won both on the lead and from off the pace. Can he carry that talent into the Fair Grounds winner’s circle?

Saint’s Fan (Tale of Ekati – Boy Crazy, by Sky Mesa) – Owner, trainer and breeder Dallas Stewart is best known for his longshots finishing second in the spring classics and has high hopes for this colt. The colt is undefeated in two starts and is a minor stakes winner. His biggest challenges include stretching out around two turns for the first time and the outside post. He has to get out of the gate well if he has any chance. 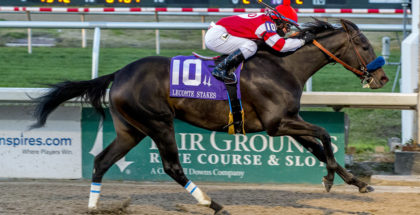 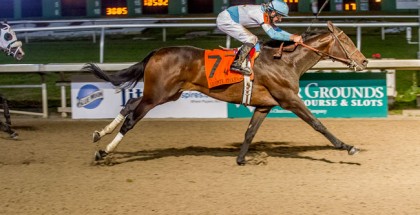 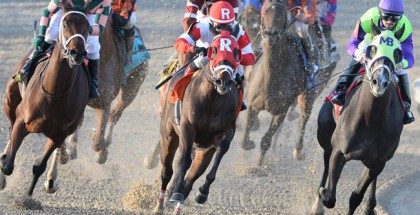 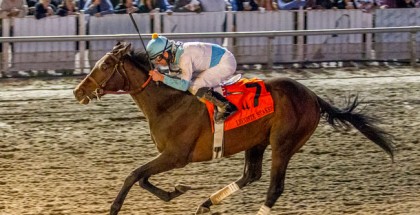