The Breeders’ Cup Turf (GIT) is a race that more times than not defines what the Breeders’ Cup is all about: pitting the best of our American contingent against the those from Europe, among other continents. This year was no different in attracting the likes of the Prix de l’Arc de Triomphe (GIT) winner, the King George & Queen Elizabeth II (GIT) winner, the Arlington Million (GIT) winner, as well as the winners of New York’s premiere summer/fall turf races. With an oversubscribed field of 17 in the pre-entries, it figures to be an exciting race. 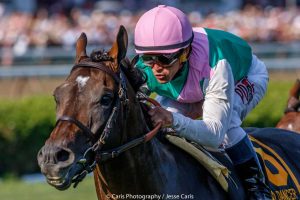 Of the five Breeders’ Cup Challenge “Win and You’re In” winners likely for the race, the most recognized of them is sure to be Flintshire. Trained by Chad Brown and owned by Juddmonte Farm, the Dansili horse has been in the money in 20 of 23 lifetime starts and in his first three starts this year Flintshire won in effortless fashion, closing through final furlongs in quick times hardly seen in America. In his most recent start, Flintshire was a distant second to Ectot in the Joe Hirsch Turf Classic (GIT) at Belmont Park, a race run over a yielding turf course and far different from the very firm course he seems to prefer and will likely encounter at Santa Anita.

The aforementioned Ectot was highly rated in Europe as a 2-year-old and at the beginning of his 3-year-old campaign, but it’s taken him awhile to regain his footing. Making his North American debut this summer, Ectot finished a close fourth in the Lure Stakes and ran a bang-up second, beaten just a nose, in an optional claimer. In the Joe Hirsch Turf Classic, Ectot got his feet on ground with some moisture in it and blossomed, leading the field all the way through modest fractions and powering home to win by five lengths. The 5-year-old son of Hurricane Run is trained by Todd Pletcher and owned by Al Shaqab Racing and Gerard A. Normand.

The final American-based Breeders’ Cup Challenge winner is the Californian speedster Ashleyluvssugar. The Game Plan gelding is trained by Peter Eurton and owned by the partnership of Alesia, Branjam Stable, and Ciaglia Racing. Away from racing action for nearly 10 months, Ashleyluvssugar did not make his seasonal debut until June, finishing third in state-bred stakes and he followed that effort up with a close second to the classy miler Midnight Storm in the Eddie Read Stakes (GIIT) at Del Mar. Returning to the longer distances was the key to a return to the winner’s circle in his next two starts, scoring front-running victories in the Del Mar Handicap (GIIT), and the John Henry Turf Cup (GIIT). Ashleyluvssugar should be one of the key pace horses in the race so look for him near the front end.

Topping the remainder of the American contingent is the claimer-turned-multiple graded winner Da Big Hoss for Skychai Racing LLC and trainer Mike Maker. Riding a four-race win streak, all of the Lemon Drop Kid son’s stakes/graded stakes wins have come at distances ranging from 1 ½ miles to two miles. Money Multiplier is the other Chad Brown-trained horse in this field. Racing for Klaravich Stables the son of Lookin at Lucky has finished second in three grade 1 races this year. The veteran Twilight Eclipse will be making his fourth Breeders’ Cup Turf appearance, with his best finish coming at Santa Anita in 2014 when he was third to dual Eclipse Award winner Main Sequence. The final American Runner in the field is Metaboss, trained by Philip D’Amato, who has blossomed into a very talented late runner since moving to California in July.

Longtime Irish champion trainer Aidan O’Brien could have as many as four starters in this race, headed by Arc winner Found. Found is also pre-entered for the Breeders’ Cup Classic (GI), but should she run in this race, the defending champion will be a deserved favorite. O’Brien’s other top runner in here is the front running King George & Queen Elizabeth II (BC Challenge race) winner Highland Reel. In his only American start, Highland Reel was given an easy lead in last year’s Secretariat Stakes (GIT) en route to a 5 ¼-length victory and it is very likely that he could encounter a similar scenario here. Dual Oaks winner Seventh Heaven and group 3 winner Pretty Perfect were also pre-entered for this spot, but are both more likely to remain with the girls in the female version of this race. Not surprisingly, all four of these runners are owned by Coolmore and sired by Galileo.

Sir Michael Stoute could have two runners in the Flaxman Holdings-owned pair of Erupt and Ulysses. Erupt is coming off a stylish win in the Canadian International (GIT), and the lightly raced 3-year-old Ulysses is coming off of a hard-fought second in a group 3 at Windsor in their most recent starts. Rounding out the main body of the field, as well as the final “Win and You’re In” winner is Arlington Million hero Mondialiste for owners Geoff and Sandra Turnbull and trainer David O’Meara. The son of Galileo earned two grade 1 wins in North America, the aforementioned Arlington Million and last year’s Woodbine Mile (GIT), as well as finished a fast-closing second to the brilliant mare Tepin in last year’s Breeders’ Cup Mile (GIT). He is also pre-entered for that race, but the connections have indicated he is almost certain to run in the Turf.

Texas Ryano, Ralis and Win The Space are the three also-eligibles in that order, though Win the Space has indicated preference in the Classic.

Breeders’ Cup Juvenile Turf: Trends That May Surprise You 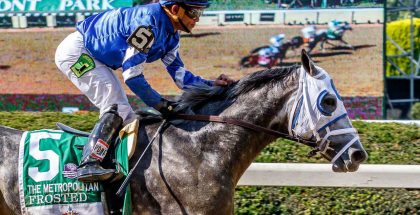 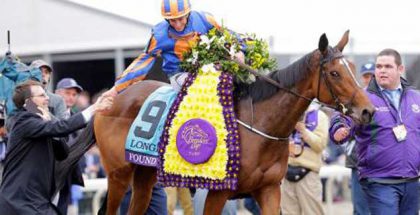