Expert Clocker Gary Young on American Pharoah Bandwagon: Gary Young has been on American Pharoah’s bandwagon from the get-go, and with a Triple Crown in close proximity, the private clocker isn’t about to bail out now. He knows it won’t be easy, however. There have been 13 horses that attempted to capture racing’s most elusive prize since Affirmed was the last to do it in 1978. All have failed. There are reasons, be they legitimate or theoretical. 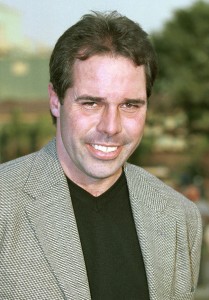 Gary Young has been on American Pharoah’s bandwagon from the get-go, and with a Triple Crown in close proximity, the private clocker isn’t about to bail out now. Photo: Benoit

“This is going to be Pharoah’s fourth race in eight weeks and it’s going to be a mile and a half,” said Gary Young, a keen and respected observer of the Thoroughbred for 35 years.

“I respect Materiality, I respect Keen Ice. If you watch Keen Ice’s race in the Kentucky Derby, when everyone else was shoving for all they were worth at the three-eighths pole, he was passing horses under a pull and he had to steady for more than an eighth of a mile (eventually finishing seventh, beaten nine lengths by American Pharoah, who won by a length). I respect those horses, but I think Pharoah’s the best horse.”

That said, should Pharoah do it, would it give racing a welcome bump?

“There have been 13 horses that have attempted to win the Triple Crown since Affirmed in 1978, and there were people in the business who questioned whether they were worthy of winning it.”

“As far as talent, I don’t think anyone really questions whether American Pharoah is worthy of being a Triple Crown winner.

“Is he going to do it? I happen to think he will. I acknowledge that (winning) four races in eight weeks is not an easy thing, and a mile and a half has become an antiquated distance on the main track, but if he breaks and makes the lead and relaxes like I think he will, when they go after him and try to tackle him at the half-mile pole, they better be tied on.”