Home » News » Rachel’s Valentina May Fly in Spinaway
No Comments

Rachel’s Valentina May Fly in Spinaway: Void of a pedigree suggesting a sprint race is suitable, Rachel’s Valentina failed to listen and cruised home last month in a maiden special weight at Saratoga Race Course. Now, she returns in a Grade I event on Saturday, the Spinaway, on the same racetrack against a talented group of two-year-old fillies going seven furlongs on dirt. The next few paragraphs are intended to help fans decide if Rachel’s Valentina can string two wins together this early, or if more development is needed. 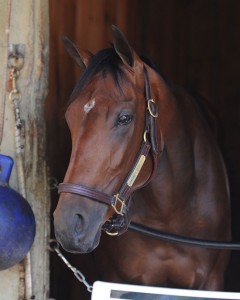 Rachel’s Valentina deserves the attention as one of the more probable winners of the Spinaway Stakes that takes place on Saturday, Sept. 5, 2015. Photo: Susie Raisher, Coglianese/NYRA

First of all, the Spinaway is a unique graded stakes event because some of the competition enters the race coming off only a maiden win. Rachel’s Valentina will attract attention because of her mother Rachel Alexandra, and siblings Jess’s Dream and Samantha Nicole. The family loves Saratoga, for the most part (Samantha Nicole remains the only one without a Saratoga win).

Rachel’s Valentina made no mistakes in her career debut. Maybe she broke a little slow, but the daughter of Bernardini ran professionally afterwards. Rachel’s Valentina ranged up on the outside approaching the turn, set dead aim on the leaders and eventually proved too much for the last challenger Awesome Dame. The fractions and speed figure do not matter too much, although on the BRIS scale she earned an 87 and the pace went at a moderate tempo.

With horses as young as Rachel’s Valentina, the potential for improving is high because racehorses mature throughout their two-year-old season. Whether she earned an 87, 65 or 100 speed figure is insignificant compared to how she ran behind traffic, moved up wide on the turn and showed desire to win. When it comes to Todd Pletcher babies, they tend to win earlier because he trains them by putting his horses in “races” against their own stablemates. Now that Rachel’s Valentina won a real race though, she can build off this win and continue to get better.

In other words, Rachel’s Valentina deserves the attention as one of the more probable winners of this race. If Rachel’s Valentina can run professionally in her career debut and win, with later-developing parents who tend to produce later-developing offspring, how much better will she become as time goes on? Sadly, the value is projected to be poor. Whatever skepticism existed, is now vanished. Plus, the team of Pletcher and jockey John Velazquez always attracts money.

On the rail, Tap to It offers the same kind of professional victory Rachel Valentina shows. She began slowly, stayed behind traffic on the turn for home and moved out for a clear aim. Sometimes inexperienced horses quit after taking dirt behind a wall of opponents. This one gained the experience and draws the same post position as last time. Also, as an interesting conversation point, Tap to It cost $400k at auction and ended up as “only” the 30th highest-priced Tapit.

From the fifth post position, Constellation makes her second overall start as well. While her name conjures up pretty images, and dreamers are sure to go for this filly, the runner-up J La Tache from the debut win returned to finish a non-threatening third in her next start. At least eighth place finisher Sky My Sky ran second in the same race J La Tache competed in. Still, neither horse came close to touching the winner Nickname, who came from Rachel’s Valentina’s maiden victory.

Pletcher’s other filly in this race, Tonasah, is experienced and talented. She broke her maiden by over five lengths before getting mowed down by the promising Just Wicked in the Adirondack (GII). Pace pressure might come from Constellation and Banree in this spot, which puts a slight damper on her chances.

Rachel’s Valentina offers versatility and natural ability to bettors. She just commands a huge amount of fans that are willing to give their money away at any odds. Bet these kinds of horses with hearts, not with wallets. In terms of horizontal wagers such as the pick 3 and 4, the value could turn out a little more workable. In any case, as a huge Rachel Alexandra fan that believes she was capable of defeating any horse, hopefully Rachel’s Valentina continues the legacy and carries her mother’s name into the future. 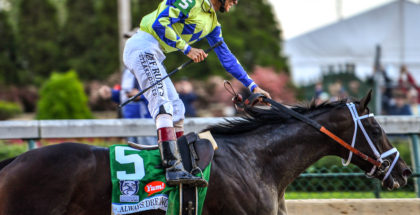 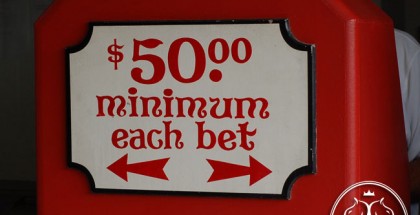