Keeneland Breeders’ Cup Results and Replays Day One:  Stopchargingmaria stole the show today at Keeneland on the first day of the Breeders’ Cup World Championship. Liam’s Map, Hit It a Bomb and Catch a Glimpse also received garlands made of Beauty Asters, Golden Asters, Cremons and Catteleya Orchids, which are grown exclusively for the Breeders’ Cup since 1988.

Racing fans are referring to Hit It a Bomb‘s (War Front – Liscanna, by Sadler’s Wells) late kick to win the Breeders’ Cup Juvenile Turf (GI) as an “explosion,” an accurate description of the closing colt’s rocking charge to the wire. The bay Irish-raced colt trained by Aidan O’Brien won his two races in Ireland, including a stakes event, before heading to Keeneland for the Breeders’ Cup. Running at the back of the pack of 14, Hit It a Bomb seemed perfectly content to sit off the pace and wait to make his move. After racing between his opposition into the far turn, the colt geared down and split rivals before moving about six-wide for his stretch run. Favorite Airoforce was likewise making a powerful stretch run, but Hit It a Bomb surged strongly to nip that foe by a neck. In regards to his late move, O’Brien noted that jockey Ryan Moore   planned to let him relax in the early stages of the race because he was aware of the colt’s potential. He added, “This was always the plan; he’s a real classy miler.”
SEE PAYOUTS/WATCH REPLAY

In opting for the Las Vegas Breeders’ Cup Dirt Mile (GI) over the Classic (GI), Liam’s Map (Unbridled’s Song – Miss Macy Sue, by Trippi) was more or less declared to be a cinch seeing as the gray four-year-old colt has impressed lately. Claiming a second to Honor Code in the Whitney Stakes (GI) and a win in his most recent run in the Woodward Stakes (GI), Liam’s Map has proven time and again his brilliant mixture of speed and stamina. In the Dirt Mile, however, the colt didn’t go to the lead as expected. Instead, he sat a bit off the pace in fifth after breaking slowly and eagerly ran along within a cluster of his rivals. When Liam’s Map tried to move up nearing the five-eighths pole, Mr. Z forced him to steady, and jockey Javier Castellano opted to move him wide to make his run. He easily cruised by the front-running Lea, and although he failed to switch leads until late in his run, he was still able to score a 2-1/2-length win. Trainer Todd Pletcher noted the bittersweet implications of his new Breeders’ Cup winner going off to stud after that win, but he was quite impressed by his charge’s run: “The thing he did today was he overcame adversity, so he took it to another level today.” SEE PAYOUTS/WATCH REPLAY

Catch a Glimpse (City Zip – Halo River, by Irish River) claimed a well-deserved first Breeders’ Cup victory for trainer Mark Casse with her win over other fillies in the Breeders’ Cup Juvenile Fillies Turf (GI). After an initial fifth-place finish in her debut, the chestnut filly broke her maiden in front-running style and whipped up a five-length victory in the Natalma Stakes (GII) as her prep for the Juvenile Fillies Turf. Catch a Glimpse didn’t get the lead in her Breeders’ Cup win but closely stalked front-runner Ruby Notion throughout the race but eagerly pulled away leaving the seven-eighths pole. Down the stretch Keeneland turf specialist Florent Geroux encouraged Catch a Glimpse and piloted her to a three-quarter-length victory. In winning his first Breeders’ Cup event with his 26th starter, Casse expressed, “It feels good. It feels really good. When this is all you’ve ever done for your entire life…this is my entire life. This is important.” SEE PAYOUTS/WATCH REPLAY

Pletcher claimed his second Breeders’ Cup win of the weekend with Stopchargingmaria‘s (Tale of the Cat – Exotic Bloom, by Montbrook) thrilling triumph in the Longines Breeders’ Cup Distaff (GI). Coming into the Distaff off a disappointing fourth-place finish in the Personal Ensign Stakes (GI), Stopchargingmaria had already made her case as a solid runner with past wins in the Shuvee Handicap (GIII), Allaire DuPont Distaff Stakes (GIII), and 2014 Alabama Stakes (GI). The four-year-old filly settled in fifth in the field of fifteen along the outside of the pack, and near the quarter pole she began to make her move. Stopchargingmaria took control entering the stretch and hooked up with Stellar Wind nearing the wire. The two bumped along down the stretch, and although Stellar Wind’s jockey Victor Espinoza lodged a complaint and created an inquiry situation, the result was upheld with Stopchargingmaria winning by a neck. SEE PAYOUTS/WATCH REPLAY 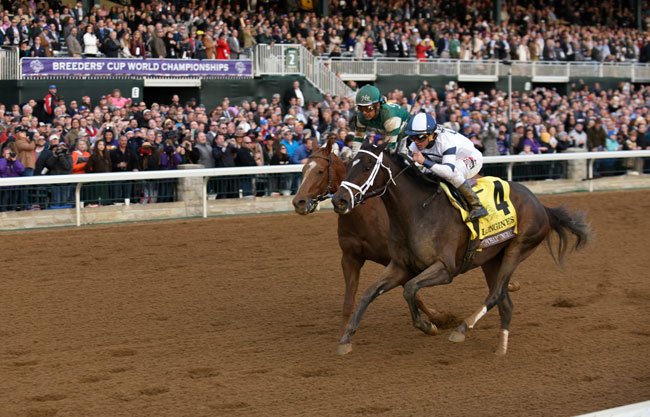 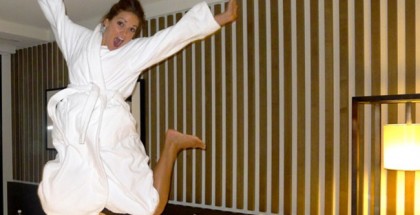 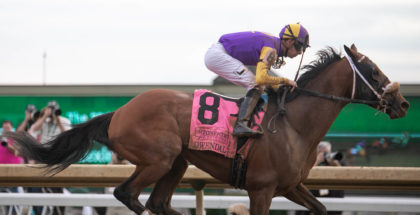 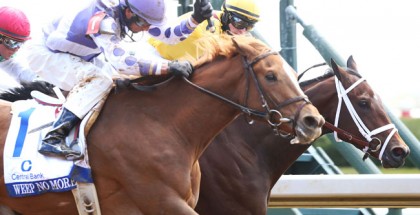