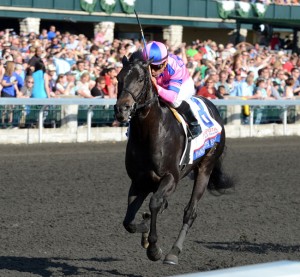 Dance With Fate and jockey Corey Nakatani take the win in the Toyota Blue Grass Stakes at Keeneland on Saturday, April 12, 2014. Trainer Peter Eurton reported that he isn’t sure Dance With Fate will compete in the Kentucky Derby despite the 100 points gained today.
Photo: Keeneland/Coady Photography

Medal Count was the second place winner in the 2014 Blue Grass Stakes and third went to Pablo Del Monte. Pablo Del Monte set the pace early on, but couldn’t keep up the pace for the win. Dance With Fate got past Pablo Del Monte mid-stretch and easily held off the challenge.

Peter Eurton is Dance With Fate’s trainer and Dance With Fate was ridden by Corey Nakatani in the 2014 Blue Grass Stakes. Nakatanie said of the race, “They were actually going a little slower than I anticipated…but being on the Polytrack you don’t know what’s going to happen. In talking with Peter (Eurton) about the race before, he said, ‘If you can, get him to switch off and just have a target for him to run at, save a little and just make your best run when it counts,’ and I said. ‘Ok, let’s do it.'”

Dance With Fate posted a Blue Grass Stakes time of 1:50.06. This win gives Dance With Fate 100 points to put towards the $2 Million Kentucky Derby, but trainer Peter Eurton is not sure if Dance With Fate will run in the Derby stating, “I don’t know [if we’ll go to the Derby]; it’s pretty quick three weeks back and I know he likes synthetic, I just don’t know if he likes dirt.” 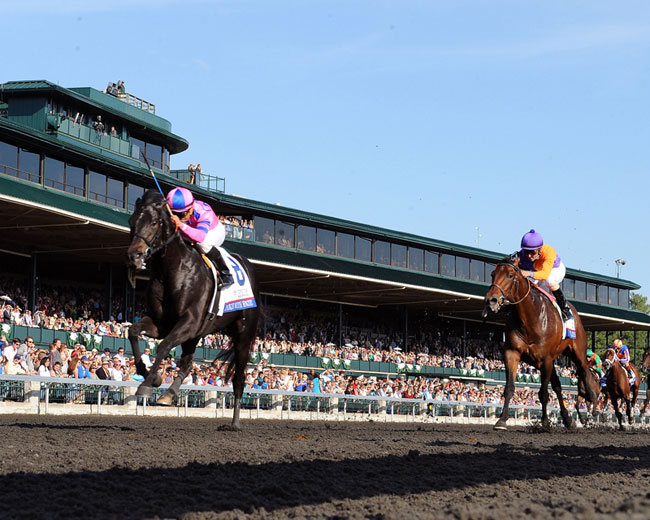 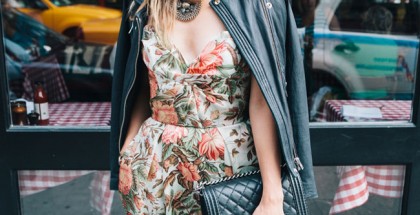 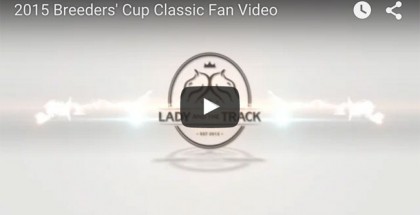 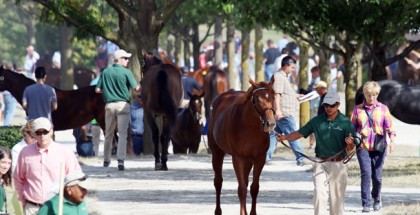