The Grand National: The Last Samuri Looks Set To Challenge Many Clouds

The Grand National: The Last Samuri Looks Set To Challenge Many Clouds– The Grand National is one of the highlights of the National Hunt jumping calendar and is perhaps the most prestigious and fiercely contested race on the planet. 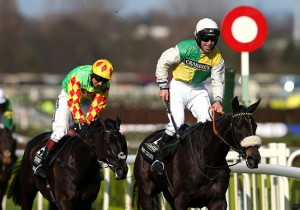 This year, 40 of the world’s greatest thoroughbreds will step up as they try to stop Many Clouds (pictured above) and Leighton Aspell from emulating the legendary Red Rum and winning back-to-back National titles.

This year, 40 of the world’s greatest thoroughbreds will step up as they try to stop Many Clouds and Leighton Aspell from emulating the legendary Red Rum and winning back-to-back National titles.

If truth be told, the world’s most iconic horse race is a lottery. Anyone can win it. In recent years, 100/1 shot Mon Mome and 66/1 Auroras Encore have romped home to snatch shock, outside victories.

This year, things could change – especially if The Last Samuri and Many Clouds perform well and have safe trips around the Aintree course.

At the time of writing, Many Clouds is the market leader but The Last Samuri looks well priced at 10/1 in Coral’s horse racing odds for the Grand National.

In his last outing at Doncaster, he ended very strongly to hold off The Druids Nephew – another National candidate – and must be regarded as a serious prospect.

The handicapper has been very generous to The Last Samuri and if he’s there or thereabouts, you’d have to fancy him to eat up the yards in the final stages.

If there’s one thing that The Last Samuri does better than anybody else, it’s staying on. He usually finishes the race strongly and that could be the difference as he bids to win the National.

However, both Many Clouds and Aspell are on the verge of history and could be difficult to beat if they can cope with being the top weight.

Many Clouds could emulate the great Red Rum and win back-to-back Nationals with success here after his impressive victory in last year’s race while Aspell is looking for his third successive ride on board the winner.

In 2014, he led Pineau de Re to victory before guiding Many Clouds to the winners’ enclosure in 2015.

As of April 4th, Coral price Many Clouds as the 7/1 market leader in their horse racing odds for the National but there has only been one favourite win this race in the last seven years – a statistic that doesn’t favour Aspell or Many Clouds.

In the build-up to Saturday’s big race, check today’s horse racing odds online at Coral. You can get plenty of tips, news and information on runners and riders, as well as the potential going and ground at Aintree throughout the week.

With so much talent on offer, it’s sure to be a phenomenal race and who knows, The Last Samuri could go all the way if he stays out of trouble and jumps well. 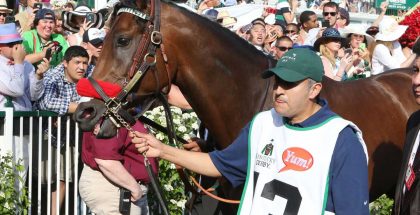 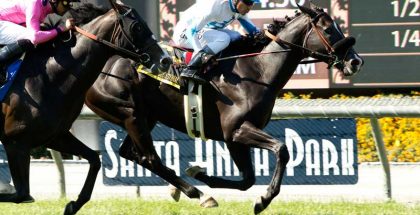