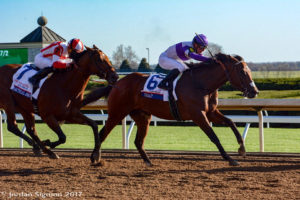 Reddam Racing’s maiden Irap faced a strong field of six other sophomores, more than half of which were graded stakes winners, and earned his first trip to the winner’s circle as well as a ticket to the Kentucky Derby with his 3/4-length victory in the $1 million Toyota Blue Grass Stakes (GII) at Keeneland on Saturday. The Doug O’Neill-trained son of Tiznow was ridden by jockey Julien Leparoux for the first time and earned 100 coveted Kentucky Derby points to make the starting gate in Louisville in four weeks.

In a race filled with highly regarded runners and Eclipse Award finalists, and despite being multiple graded stakes-placed, Irap left the gate as… (more)

To bet your favorite jockey to win the Kentucky Derby, go go; 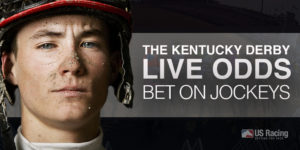