Pimlico Preakness Late Pick 4 selections May 16, 2015: This Saturday, May 16, three warriors will face off again in the Preakness Stakes (GI) at Pimlico, the second jewel of the Triple Crown. It should be an exciting race, and included in that excitement is the Late Pick 4 that guarantee $1.5 million. In an attempt to continue our winning ways, we’re analyzing that Pimlico Late Pick 4; to be honest, it is not easy to hit every week, but it’s worth a try! 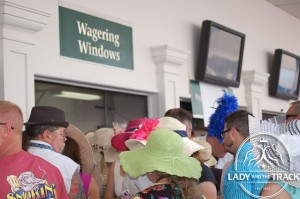 The 140th running of the Preakness Stakes should be an exciting race, and included in that excitement is the Late Pick 4 that guarantee $1.5 million. Photo: LATT

Race 10: 7
Gimme Da Lute was on a winning streak at Santa Anita until he shipped to Churchill Downs to run in the Pat Day Mile (GIII) on May 2. Although that was a huge step up in class, Gimme Da Lute did not disappoint, finishing in third six lengths behind the unbeaten Competitive Edge. Now, he is cutting back to six furlongs, a distance he should appreciate. Gimme Da Lute is certainly the class of the field, and if he reproduces his last efforts, he should be very tough to beat. I’m using this horse as a single.

Race 11: 2, 5, 10
In theory, this race is a match between Ageless and Shrinking Violet, but this is a five-furlong race with a full field, and anything can happen. Ageless, a runner–up in the Breeders’ Cup Turf Sprint (GI), returned on April 11 with a nice second in a listed stakes at Keeneland. She’s eligible to improve in her second race after the layoff. Shrinking Violet won the Monrovia (GII) over the 6½-furlong downhill turf at Santa Anita on January 4 and looked very impressive in that performance. She has not raced since then, but her workouts indicate that she is fit. I’m also including Tizgale, a filly that is in good form and can steal the race at huge odds if the favorites fail.

Race 12: 13, 4, 9, 10
War Correspondent has been running very well since he arrived to America from France. The level of the race doesn’t matter; he is always in the mix knocking for victory, so you can’t miss this race with him. Aripeka lost by a neck to War Correspondent in the Appleton (GIII) over one mile at Gulfstream Park. In that race, he sat off the pace and was caught at the wire. This time, the race is a bit longer, but the distance is not a concern since Aripeka can rate if the pace turns hot. Legendary is returning from a four-month layoff with a nice fourth-place finish in the Miner’s 46 Mile Stakes (GI), and he is eligible to improve enough to win this race. In a solid effort, Manchurian High finished fourth in the Gulfstream Park Turf Handicap (GI) with a very hard run in the stretch. Now he has Gary Stevens in the saddle, a jockey who can make a difference.

Race 13: 1, 8
The Preakness Stakes looks like a race between three horses, American Pharoah, Firing Line, and Dortmund. I’m just using two of them. The deserving favorite will be Kentucky Derby winner American Pharoah. He traveled wide all throughout the Derby and was still able to win; however, it was not an easy win since jockey Victor Espinoza had to whip him several times. American Pharoah drew the rail, so he’ll probably try to take the lead immediately after the start. Firing Line ran a very nice race, finishing second by just one length to American Pharoah. This horse did not change leads in the stretch, a failure that probably cost him the race. Firing Line ran in the Derby with a six-week layoff, so maybe that affected him as well. I think this is the only horse who can beat American Pharoah in the Preakness Stakes. 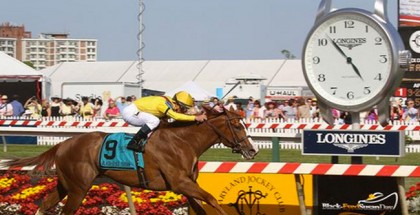 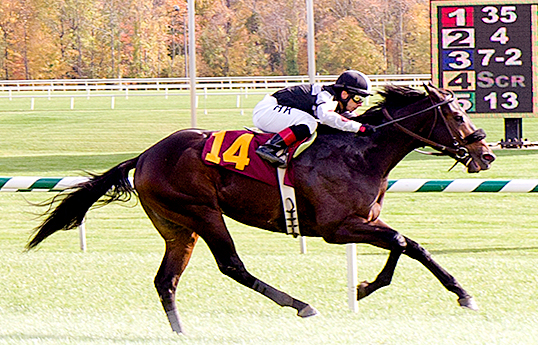 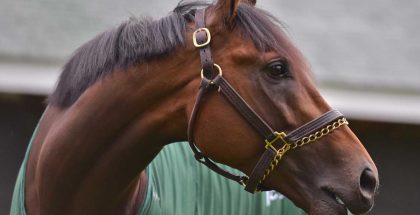 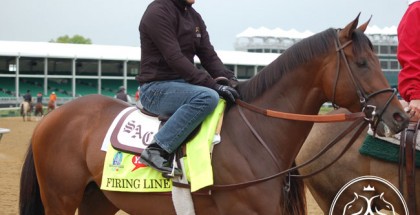