Preakness Stakes: People’s Race & People’s Party- The Preakness Stakes is known as the “People’s Race.” The second jewel of the Triple Crown is filled with fun, and things have been known to get a little bit wild from time to time. There are plenty of festivities, including Infield Fest and concerts. If you were lucky enough to score tickets, then you’ll be set for a fun day of partying and racing. Infield Fest General Admission is $70 per person and includes access to live concerts on two stages. 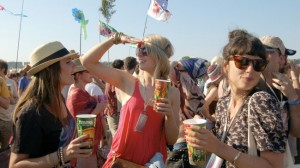 The Preakness Stakes is known as the “People’s Race.” The second jewel of the Triple Crown is filled with fun, and things have been known to get a little bit wild from time to time. Photo: uproxx.com

On the 2015 Preakness Stakes concert bill is Armin Van Buuren, one of the world’s most popular electronic music DJs and producers. He will certainly have the crowd going, so be ready to dance!

Next on the bill is Childish Gambino, who will be featured on the Main Stage from 1:15 to 2:30 p.m. Childish Gambino is a critically acclaimed rapper and was even an actor on the popular comedy series Community.

You are not allowed to bring your own alcohol into Pimlico Race Course, but if you want to have some libations while listening to some great music, try the Mug Club. You must be 21 or older and purchase tickets at a cost of $90 per person to enter the Mug Club, which will open early at 8:00 a.m. and will go until last call at 6:30 p.m. The Mug Club ticket fee will include access to all Infield Festival party areas and access to Mug Club stations where all featured beer is included.

There will also be plenty of bar concessions at Pimlico Race Course for the 2015 Preakness Stakes, such as special $3 drafts in the Beer Garden near the Jagermeister Stage area and other domestic and imported beers along with champagne, wine, soda, and water.

If you need a break from the music and drinking, you can always stop by the annual bikini contest that will showcase some gorgeous gals on the Jagermeister Second Stage.

For a more mellow vibe, racegoers are welcome to pack picnic lunches as long as they are in clear bags and find a place to rest and get some sun while enjoying a low-key picnic.

However you choose to spend your day, you will definitely be in for a great time at the Triple Crown’s biggest party at the 140th running of the Preakness Stakes on Saturday, May 16, 2015!

The 140th running of the Preakness Stakes will take place on Saturday, May 16, 2015 at Pimlico Race Course in Baltimore, Maryland. A live stream of the race will be available at Preakness.com. 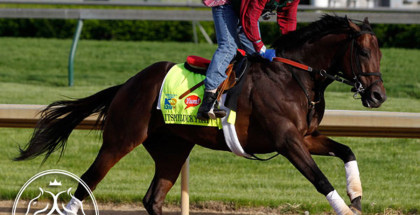 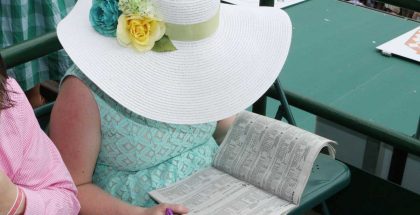