Gold Cup and Santa Anita Full Card Saturday Selections: There’s going to be a big party at Santa Anita featuring a series of stakes races, highlighted by the Gold Cup at Santa Anita Stakes (GI) that will qualify the winning horse for a start in the Breeders’ Cup Classic (GI). These kinds of cards usually have wide open races, and Saturday’s card is no exception. Last week, we extended our winning streak, so we hope to have the same or even better luck this weekend. We are analyzing the full Santa Anita card and are making some Pick 3 plays. 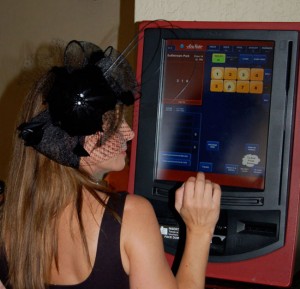 There’s going to be a big party at Santa Anita on Saturday, June 17, 2015 featuring a series of stakes races, highlighted by the Gold Cup at Santa Anita Stakes (GI) that will qualify the winning horse for a start in the Breeders’ Cup Classic (GI). Photo: LATT

Race #1: 7
I usually don’t bet in cheap claiming races, but Endless Cruise looks very strong in this race. He beat tougher horses in his last race, and I think he should win this one very easily. You can use him as a single in your plays.

Race #2: 2, 7
This race looks like a match race between Larry Birdstone and Archtop. Both horses are ready to win, but I’m giving the slight edge to Larry Birdstone, a horse who did very well on the downhill track while giving the impression that he needed more ground. If Archtop sets slow fractions, he could win gate-to-wire, but somebody should press him.

Race #3: 9, 10, 3
This is a very weak field where any horse can win. Divine Tale managed a nice second place on March 20, finishing strong in a five-furlong race. If he reproduces that effort, he can handily win this race. Emotional Drive is returning from a long layoff and is also dropping in class to the bottom-level, a rather suspect move, but the horse is training pretty well for this race. Finally, I’m adding Magical Touch, sired by Cindago, a stallion who has a good winning percentage with first-time starters.

Race #4: 4, 6, 8
Next Right has the early speed to take the lead at the start and never look back. The added blinkers should help to increase that speed as well. Another good sign is that Martin Pedroza stays in the irons, a true specialist with speedy horses. I’ll Wrap It Up is cutting back in distance and running for the first time on the downhill, but he is the best horse of the field and can win this one. As usual, he has been working very well, and the added blinkers should help him improve. Yes Yes Yes is returning from a five-month layoff; however, he has two good races over the 6½-furlong downhill course.

Race #5: 4, 11, 6
J Serino is the most experienced horse of the field who has shown some ability on all surfaces. He has faced good runners in the past, so I’m giving him the slight edge. The first-time starter Smooth Roller is training like a winner, but my concern is that he is making his debut as a four-year-old. Looking at his pedigree, Smooth Roller looks more like a turf horse, but with the way he is working, I can’t ignore him. Hook ‘Em Kurt always hits the board and is doing very well in the mornings. This field lacks speed, so he could be dangerous if he takes the lead.

Senorita Stakes – GIII
Race #6: 4
Since her debut, Curlin’s Fox has been considered a great filly. She only has one flop in her career, a distant fourth in the Santa Anita Oaks on the dirt. It is proven that she feels most comfortable on the turf. Her true limits may be unknown, but this is not the field that will stop her. I’m using this filly as a single in all my plays.

Triple Bend Stakes – GI
Race #7: 4, 1
I’m expecting a pace meltdown in this race, so my top pick is a horse that comes off the pace and loves the seven-furlong distance. Sahara Sky returned on April 11 with a nice third place in the Kona Gold Stakes (GII) won by Masochistic, another entrant in this race. Sahara Sky ran fastest in the stretch, and, now with the added distance and second race off a layoff, he should win this race. I’m adding Blue Tone, a horse who has been facing tougher competition at route distances. Now, he is cutting back to seven furlongs, but he can take advantage of a very fast pace to close.

Royal Heroine Stakes – GII
Race #8: 1, 8
I expect a hot pace in this race, so I’m choosing just two horses, neither of them frontrunners. Blingismything loves the mile races since she has a nice record of two wins, one second, and one third in four starts at that distance. This mare can rate and stay just behind the frontrunners, waiting for the right moment to make her move. Surely we will see Queen of The Sand coming off the pace. She also has a very good record in one-mile races, so if the pace is as hot as I expect, this mare should be in the mix.

Gold Cup at Santa Anita Stakes – GI
Race #9: 9
Catch A Flight is running better and better with each race, so much so that he’s now the favorite to win the Santa Anita Gold Cup (G1), a race that will ensure for the winner a start in the Breeders’ Cup Classic. Catch A Flight should take advantage of the presence of Big Cazanova, Batti Man, Moreno, and Motown Men, speedy horses who will probably set fast fractions. We’ll probably see Catch A Flight stalking the pace in a scenario quite familiar to him. The distance should not be a problem at all. I’m using Catch A Flight, the South American hope for the Breeders’ Cup Classic, as a single.

Race #10: 8, 5, 2
Diablo Caballero has not raced in eight months, but his workout pattern suggests he’s fit. He has the speed to wire this field, and he also has experience over the downhill. He Could made his debut on May 30 with a decent fourth-place finish after coming off the pace. His final work indicates that he is going to improve. Prohibition Repeal’s last race was better than it looks on paper. Watching the replay, he could have finished closer, but his rider did not push him at all in the stretch, blowing his chance to win. Now, he’s cutting back in distance, and that makes him dangerous.