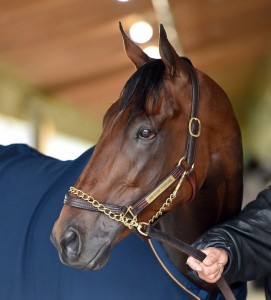 American Pharoah was the 1/9 favorite as the horses loaded into the gate in the Haskell Invitational at Monmouth Park on Sunday, August 2, 2015.
Photo: Chelsea Durand, Coglianese/NYRA

American Pharoah made his first start back since accomplishing the greatest feat in American Thoroughbred racing, the Triple Crown. The colt was the first horse in thirty-seven years to win the Kentucky Derby, Preakness, and Belmont, making him one of only twelve horses to accomplish such a thing.

The Haskell is run at 1-1/8 miles, a furlong shorter than the Kentucky Derby, likely his toughest test to date, and is also a “Win and You’re In” race for the Breeders’ Cup Classic. The Classic is run at 1¼ miles, or ten furlongs.

American Pharoah was the 1/9 favorite as the horses loaded into the gate. He was obviously worlds better than the horses in the field, but his first race back since the Belmont Stakes was going to show if the colt was holding his form from the spring. American Pharoah broke very sharply and sat second off Competitive Edge while Mr. Jordan tracked them in third. Upstart, winner of the Grade III Holy Bull earlier in the year, sat back in fourth with Top Clearance. Keen Ice and Dontbetwithbruno were content to be trailers.

The race had a very strong pace, going the first quarter mile in :23.1. However, after about half a mile, Mr. Jordan quickly dropped out while American Pharoah began to inch closer to the Todd Pletcher-trained Competitive Edge. As Mr. Jordan dropped out, Upstart took the third spot and tried to keep up with American Pharoah. The half mile went in :46 flat.

As the field headed into the turn, American Pharoah drew alongside Competitive Edge, clearly having plenty left to put his competitor away. Keen Ice began closing on the turn while Upstart tried to keep in touch with the two leaders. The time for three-quarters of a mile was 1:09.3, and it was at that point that American Pharoah flashed his brilliance once again, putting every horse in the field behind him and looking onward down the New Jersey stretch. About midstretch, “America’s Horse” opened up on his competition, running by himself with Victor Espinoza acting only as a mere passenger. The horse was simply too good and ran without urging for the final furlong of the race, allowing Keen Ice to get within two lengths of him. After a mile in 1:34.2, the son of Pioneerof the Nile stopped the clock for 1-1/8 miles in 1:47.4. He was only 4/5 of a second off the stakes record; the colt could have easily broken the record and won the race by double-digit lengths. For his public workout, American Pharoah earned $1.1 million of the $1.75 million purse.

Now that American Pharoah has something left for his next race, Baffert and Zayat have some decisions to make. Will the colt stay east and challenge very good three-year-olds in the Travers, or will he head back to Del Mar and possibly take on open company in the Pacific Classic? There is also the Pennsylvania Derby at Parx in September as another option for the colt. He is likely to have one, maybe two, more races before the Breeders’ Cup Classic in October at Keeneland. What American Pharoah displayed in the Haskell is that he is worthy of not only his Triple Crown honor, but he is more than likely to secure both Champion Three-Year-Old Male and Horse of the Year based on his current record. He is currently unbeaten in 2015, and other than his maiden catastrophe, he has never finished behind another horse. This colt is in a league of his own. 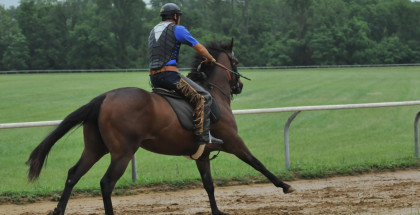 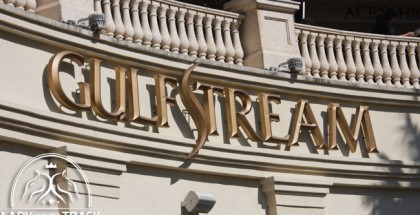 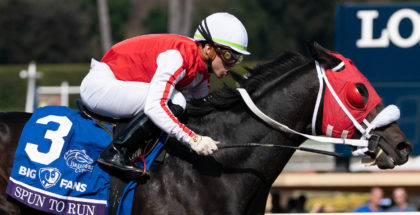 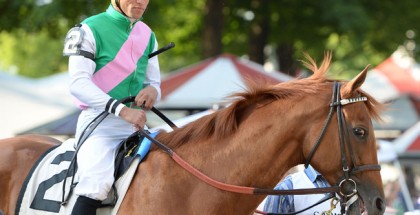