Honor Code to Answer Two-Turn Question in Whitney Stakes: Opinion is split over whether Honor Code deserves the “one-turn horse” label or if other circumstances explained his puzzling efforts going two turns. A son of A.P. Indy and a descendant of Serena’s Song, a router who won multiple graded stakes races, it seemed unlikely Honor Code would not like the trip. He even won the two-turn Remsen (GII) in his two-year-old season. His subsequent attempts were only average. This article will take apart Honor Code’s pedigree a bit further and go deeper into explaining his record. 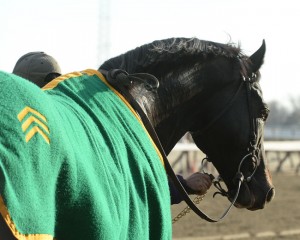 Owned through a partnership including Lane’s End Racing and Dell Ridge Farm, and conditioned by Claude R. McGaughey III, Honor Code runs in the nine furlong Whitney (GI) on Saturday at Saratoga Race Course, run around two turns. He comes off a fantastic win in the Metropolitan Mile (GI). The pedigree combined with his connections and talent make Honor Code a popular horse. It also presents a mixed bag in terms of route influences.

Most handicappers assume Honor Code prefers going longer because of A.P. Indy and it is not a bad assumption. A.P. Indy won the 1992 Belmont Stakes (GI) and Breeders’ Cup Classic (GI), both longer distance routes around two turns. His progeny are known for their ability to go long, with one example being daughter Rags to Riches’ win in the 2007 Belmont. For years, horses sired by A.P. Indy failed to break their maiden in two-year-old races under seven furlongs at Saratoga, giving further evidence A.P. Indy horses generally are not sprinters.

Long-time racing fans are familiar with Serena’s Song as well, a D. Wayne Lukas-trained filly who faced males seven times. In one of those efforts, she finished second in the 1996 Whitney. Her effort was spectacular, as she accomplished all the dirty work setting the pace, opened up in the lane and weakened slightly to the late-closing Mahogany Hall. Despite the loss, Serena’s Song won various other nine furlong stakes races.

Serena’s Song had a daughter named Serena’s Tune, and oddly she ran as a dedicated sprinter her entire career. Serena’s Tune broke her maiden in a short dirt sprint, while her second win came in a downhill turf sprint at Santa Anita Park. Those wins surrounded a double-digit margin loss going seven furlongs. After winning another downhill turf sprint, she failed to hit the board in two separate two-turn races.

Serena’s Tune produced Serena’s Cat, and her four wins came in turf sprints. When she attempted to stretch out in a two-turn route at Gulfstream Park, she ended up second to last. Considering Serena’s Song made her name in history books competing in mostly two-turn dirt routes, the records of Serena’s Tune and Serena’s Cat are strange. Maybe whatever caused Serena’s Song’s foals to run as sprinters influenced Honor Code.

Honor Code dealt with a minor physical issue early last year and never made his season debut until March at Gulfstream Park in a two-turn route race, where the recent maiden winner Social Inclusion won by over 10 lengths. An injury forced another break, and Honor Code returned with a successful effort in a one-turn race at Aqueduct, before going away again for a few months and winning this year’s one-turn Gulfstream Park H. (GII). Unfortunately, Honor Code turned in another clunker in his next start running fifth and it happened to come in a two-turn route again, this time at Churchill Downs in the Alysheba (GII).

Race flow and a slow pace possibly skewered the results in those losses. In the first example, Social Inclusion received a dream trip for a dirt front-runner, loping along on an uncontested lead and drawing away. At Churchill Downs, the speed horses dominated after the half was reached in just over 48 seconds. Protonico, Noble Bird, Neck n’ Neck and Den’s Legacy began and ended the race in the first four positions. When not one late closer makes a dent, the pace went too slow.

The Whitney will not be easy, no matter if Honor Code gives his top effort. Tonalist arguably has been given questionable rides in his recent losses. He can rebound on Saturday. The aforementioned Noble Bird won the Stephen Foster (GI) and is quickly rising in the older horse division. Stephen Foster runner-up Lea makes his next start too, and he might improve getting away from a speed bias. Coach Inge ran a superb race in the Suburban (GII), dueling early and sparring with Tonalist late before fading to third. The other contenders include Moreno, V.E. Day and Wicked Strong. Handicappers can go with several horses.

But, Honor Code might win and remove any label of being a one-turn specialist. If the speedy Coach Inge hooks up with Moreno on the front end, the pace will turn out decent and set up Honor Code’s run. Alternatively, Javier Castellano may position Honor Code a bit closer to the pace. He drew the rail, and Castellano will want to secure a good position without getting shuffled too far back. In a race featuring so many questions, perhaps go with a longshot instead while using Honor Code defensively in tickets. If he proves victorious, then attack next time. 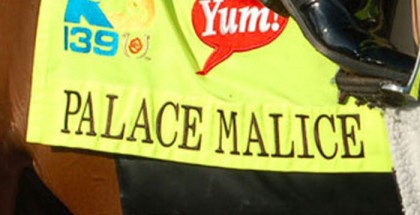