Falls City Handicap Headlines Thanksgiving at Churchill Downs: A full field lines up on Thursday at Churchill Downs for the Grade II Falls City Handicap. The $200,000 stakes is for fillies and mares ages three-years-old and up. There are some good horses lining up in the 13-horse field. Frivolous is looking to make her possible final start in this race, the same race she won this time last year. The daughter of Empire Maker is working well at Keeneland leading up to this race and is looking for her winning form. She most recently finished fifth in the Breeders’ Cup Distaff behind Stopchargingmaria. She’ll face a familiar Breeders’ Cup Distaff challenger in Salama. Salama was bought by Dante Zanelli Bloodstock agency after winning a “Win and You’re In” race in Peru. She finished second in an allowance race in her first United States start then followed that race with a very poor effort in the Breeders’ Cup Distaff. While she was not a factor there, she will be facing easier competition here and may be able to bounce back. 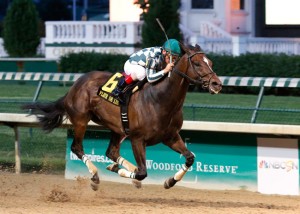 There are five three-year-old fillies in this race, one being Salama but also including No Fault of Mine, Birdatthewire, Ahh Chocolate, and Chide. No Fault of Mine, a daughter of Blame, has never been worse than second in four lifetime efforts with two of those times resulting in victories for the young filly. She was second in the Golden Rod Stakes at Churchill Downs last year but was sidelined for nearly a year. Since then, she has gained a win at Arlington and another second at Churchill Downs.

Birdatthewire is coming in off a flat fifth-place effort in the Grade II Chilukki Stakes. The daughter of Summer Bird looks to rebound. She earned her maiden victory over the track, and facing this field should be a good measure of true ability for the Romans-trained filly.

Ahh Chocolate is coming in off a second place in the Grade Two Chilukki over the Churchill Downs main track. The product of Candy Ride and a Saint Liam mare, this filly is going to get better with age. This race is likely to be well within her distance scope.

Finally, the last three-year-old is Chide, another daughter of Blame out of an A.P. Indy mare. After a poor showing in the Lexus Raven Run at Keeneland, she came back to win an allowance at Churchill Downs, defeating fellow sophomore filly No Fault of Mine.

The Falls City Handicap has never been a extremely glamorous race for fillies and mares, but some important horses have won the race and gone on to be important broodmares. Narrate won the Falls City Handicap in 1983 and went on to produce other top producers in Preach, Yarn, and Myth. These mares can be found as the dams of Pulpit, Tale of the Cat, and Johannesburg. Johannesburg is the sire of hot commodity Scat Daddy.

In 1995, Mariah’s Storm took the race and stamped her name as a racehorse, but she really put herself on the map as a broodmare. She is best known for producing champion racehorse and stallion Giant’s Causeway and his full brother Freud. Mariah’s Storm is also the dam of You’resothrilling, the dam of champion Gleneagles.

In 2009, Serenading won the Falls City Handicap in her final start. Before this big win, she won some listed stakes and hit the board in the Grade III Doubledogdare Stakes. The filly is a half-sister to the unraced mare Speed Succeeds, by Gone West, who produced millionaire Brilliant Speed (Dynaformer). Serenading is out of a full sister to Touch Gold, Daijin. Now a broodmare at Hill ‘n’ Dale Farms, she has a colt by Street Cry who sold for $1.2 million as a yearling to Sheikh Mohammed.

The 2015 Falls City Handicap will be run on Thanksgiving Day at Churchill Downs. The race is run at 8.5 furlongs, or 1-1/16 miles, over the main dirt track. Churchill Downs has general admission tickets for $3.00 while reserved seating is available at $25 and reserved dining is available at $55. The gates open at 10:00 a.m., and the first race goes to post at 11:30 a.m. Tickets can be found at churchilldowns.com, and there is also a Thanksgiving menu available. 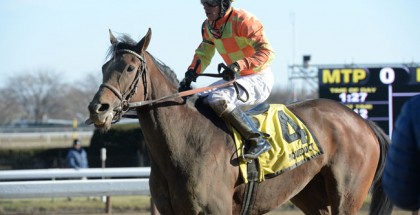 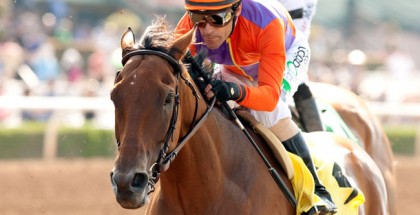