Home » News » Will Nickname Receive a Better Trip in Honeybee Stakes?
No Comments

Will Nickname Receive a Better Trip in Honeybee Stakes?- Trip handicappers love to search for horses who were trapped behind a wall in their last start. A number of them will pay attention to Nickname, who starts in the $200,000 Honeybee S. (GIII) on Saturday at Oaklawn Park. 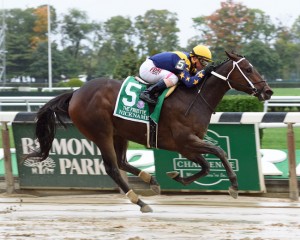 Trip handicappers love to search for horses who were trapped behind a wall in their last start. A number of them will pay attention to Nickname, who starts in the $200,000 Honeybee S. (GIII) on Saturday at Oaklawn Park.
Photo: Susie Raisher, Coglianese/NYRA

The Steve Asmussen-trained filly finished second in the Martha Washington Stakes, which acts as the local prep race for the Honeybee. Whoever wins the Honeybee earns 50 qualifying points for the Kentucky Oaks (GI) on May 6 at Churchill Downs, making her an automatic qualifier (although it will be interesting to see who wants to face Songbird).

In Nickname’s last start, she raced along the two-path for the early portion of the race and began to move on the far turn. Unfortunately, no room existed to make the move. Nickname became stuck behind the fading pacesetter Durango, and Marquee Miss did not let Durango move out to give Nickname a bit more room. Instead, Nickname bounced back to the rail.

Eventually, the rail opened up for Nickname and she rallied, but Marquee Miss rallied to her outside too and eventually prevailed.

The question is, did the trouble Nickname encountered affect her run enough to lose the race?

She had room early in the stretch, giving her plenty of time to take control of the race. On the other hand, certain horses fail to run the same while stuck on the rail, and maybe Nickname needed to switch outside.

“Just when we hit the top of the stretch, I kind of had to pinch Randy Morse’s horse (Durango) a little bit just to kind of put the pressure back on Steve’s horse (Nickname) coming up the fence,” Hill said. “Obviously, it’s not ideal having a Grade I winner coming up the fence on you. My filly’s just a little more game when she gets competitive – head-and-head. She was all heart today.”

To Marquee Miss’ credit, she raced wide in second place during the race and never gave up, despite almost relinquishing control to Nickname in the stretch. The raw fractions were not exactly slow either, with the first quarter going in 23 seconds and change, and the half-mile clocking in 47 seconds flat.

Arguably, both fillies had a compromising trip and bettors would fare no worse closing their eyes and picking one.

How about the other fillies’ chances?

On the rail, Cosmic Evolution sports a local allowance win and Calvin Borel. Her speed figures do not appear impressive, but they came in sprint races and numbers are not always stagnant when the distance changes.

In the second slot, Dorodansa closed for third in the Martha Washington and may come late again for a minor piece.

Next to her, She’s a Bootsy Too goes for her third win in a row to keep her undefeated record alive. She won a local maiden event and optional claiming race. Again, the numbers are not exciting, but they can change going longer.

Two spots to the right, Stonestreet Stables’ Terra Promessa attempts to build off her nine-length win in a local allowance race. Her victory came in a route event, which also gives her much-needed distance experience.

In addition, how about … well that is the rest of the field. For a race that awards a guaranteed spot in the starting gate for the premier 3-year-old filly spring race, the lack of entries feels strange.

The top three contenders are Nickname, Marquee Miss and Terra Promessa. One of them will prevail, so use all three in horizontal wagers and move on to the next race. 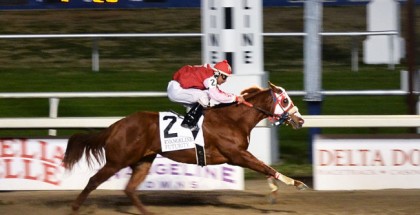