Tampa Bay Derby Reflections: The San Felipe was supposed to be the best Kentucky Derby prep, over the Tampa Bay Derby, this past weekend. As we all know, however, things rarely go the way they are “supposed to” in the sport of Thoroughbred Racing. 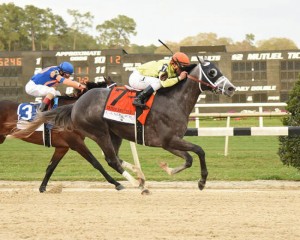 Destin is on the Road to the Kentucky Derby after scoring sensible and appealing victories in both the Sam F. Davis and the Tampa Bay Derby, where in the latter, he set a track record. Photo: KentuckyDerby.com

The Tampa Bay Derby had a larger, but overall, weaker field than the San Felipe. Only one horse in the race, Destin, was looked upon as a serious Kentucky Derby prospect. However, after Outwork pushed Destin to a track record performance and Danzing Candy made short work of the big San Felipe favorites, things began to change. After watching both races several times, my opinion of which race was the better prep, and that is the Tampa Bay Derby.

The Tampa Bay Derby featured two very talented Todd Pletcher trained horses, Destin and Outwork. Destin is the full brother to Creative Cause, whom blazed the Kentucky Derby trail in 2012. Outwork is owned by Repole Stables, who campaigned the brilliant Uncle Mo, who just so happens to be Outwork’s sire.

The Tampa Bay Derby win by Destin was so impressive for a variety of reasons. The first reason is the most obvious one, the track record. Destin not only eclipsed Street Sense’s stakes record, set in 2007, but the track record. If that wasn’t enough, he showed a ton of grit to get by Outwork. Now we know he is fast, we can see that he is moving in the right direction, now we just to see if he can transfer his form outside of Tampa Bay Downs. That question will be answered in his next start, as the Arkansas Derby, Wood Memorial, and Blue Grass Stakes are being considered for his final prep.

Outwork, while second best in the Tampa Bay Derby, showed the most upside. He is from the dynamic first crop of Champion Juvenile, Uncle Mo, and was making only his third start in the Tampa Bay Derby. The race also represented his first time around two turns, and he was game every step of the way. His individual time was 1.43.00, which would have been a new stakes record, despite stretching out from 6 furlongs to the 1 1/16th miles of the Tampa Bay Derby.

Outwork, like Destin, will get a shot to transfer that good form outside of Tampa Bay, as he is also being considered for three same races. Though, chances are that with Repole’s ties to New York that the colt will be pointed to the Wood Memorial.

While Outwork and Destin impressed, the highly regarded Brody’s Cause, conditioned by Dale Romans, disappointed greatly. After top efforts in last year’s Breeders’ Futurity and the Breeders’ Cup Juvenile, his 2016 bow was greatly anticipated. However, the colt showed no life in the stretch. The patented late run that we saw in 2015 was gone. Was it rust, is he just not a top runner, or is he a one track pony? I am leaning towards the latter, as both of his best efforts came over Keeneland. If his connections are still pointing towards the Kentucky Derby, it is likely that he’ll aim towards the Blue Grass, as it is held at Keeneland, and would be his last chance to gain the necessary points.

Overall the Tampa Bay Derby proved to be a very revealing race. Unlike the San Felipe, it answered a lot more questions than it created, which is paramount along the Road to the Kentucky Derby. 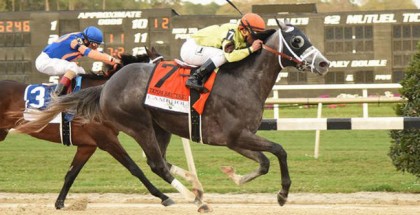