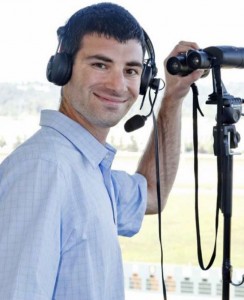 Emerald Downs made a wise decision in snatching up recent college graduate Matt Dinerman as their track announcer.

“It’s been a real whirlwind,” the freshly-turned 23-year-old noted regarding his relatively quick move to the Washington track. A native of California, Matt graduated from Chapman University with a degree in communications, and three days later he was at Emerald Downs in the announcer’s booth preparing for a career with which he would quickly fall in love.

Although his rise to such an esteemed position in the Thoroughbred industry looks to be rather sudden, Matt has been a member of the horse racing world for quite some time. His first experience came when his father took him to his home track of Del Mar at age ten, a visit that captivated him and pretty quickly led to an outright passion for the sport.

Matt’s love for racing during those younger years was further fueled by a kind neighbor and family friend who worked as a bloodstock agent, Gayle Van Leer. She introduced a young Matt to the Del Mar backside and even gave him his first job with horses when she hired him at age eleven to open and close stall doors for potential buyers during a yearling sale. When Matt was sixteen, Van Leer further aided his involvement in the sport by encouraging him to start at the bottom as a hotwalker, encouragement Matt took to heart as he walked hots for trainer John Sadler for four summers.

Matt’s ensuing work landed him in the press box for two more summers and saw him create and write a successful blog, and it was during that second season that he began flirting with calling races. Initially just practicing at home, Matt began to open himself up to constructive criticism when he allowed close friends and family to critique recordings of his early race calling attempts. Incited by purely positive feedback and support, Matt “put the pedal to the metal” and consistently practiced to rid himself of the nervousness that inevitably comes from announcing races, ultimately leading him to conclude, “It’s just about taking it one day at a time and doing the best you can.” 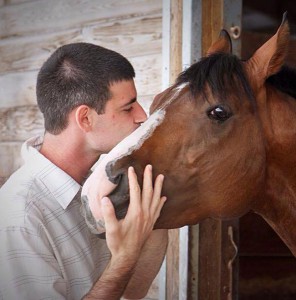 It didn’t take too long for Matt to get his opportunity, and his arrival to the gem of a racetrack in Auburn, Washington, speaks to the level of passion that he has for both the sport and his new career.

The more he practiced, the more he considered a job as a track announcer within reach and a desirable career as well: “I wanted to have a job where I could watch the races and be at the track, and I enjoy helping people and just telling people what’s going on. I just thought, ‘This would be an interesting thing to do!'”

It didn’t take too long for Matt to get his opportunity, and his arrival to the gem of a racetrack in Auburn, Washington, speaks to the level of passion that he has for both the sport and his new career.

“I would love to be an announcer for as long as I possibly can,” Matt decidedly said. “I’ve just fallen in love with it. Every day I wake up happy and go to work excited. If you can find something you love to do and do it for as long as you can, I’d say you live a pretty good life.” 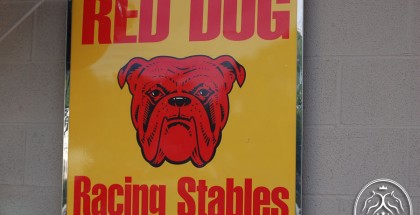 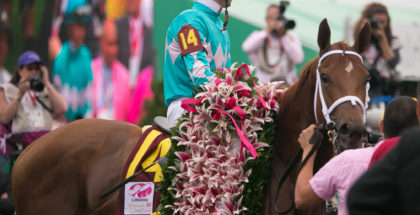 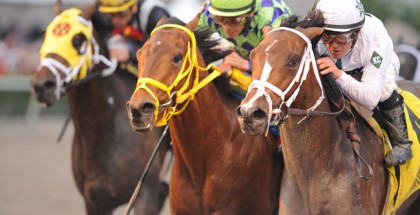 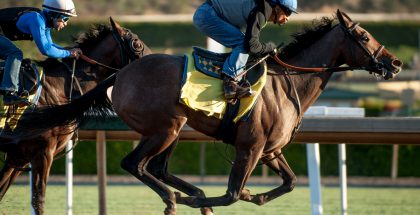