Preakness Stakes 2016 Picks and Predictions by Sigi Mendoza: While it’s certain to be a fantastic day of racing, expect rain on Preakness Stakes day. Bettors must take weather conditions into account when making bets because some horses love the slop while others hate it, and that is when longshots usually win. Preakness Day at Pimlico Race Course, featuring the $1.5 million Preakness Stakes (GI) and eight other stakes, will also include a six multi-race guaranteed pool totaling $4.15 million, including the late pick four and offering two million dollars guaranteed. This time, I’m analyzing the last six stakes races of the card, finishing with the middle jewel of the Triple Crown, the Preakness Stakes. 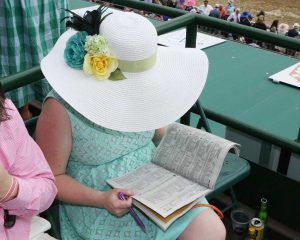 The Very One Stakes
8) 12
Lady Shipman offers no value in this race, but she is simply going to win handily with no opposition. She is several steps ahead of this field, so trying to beat her would be in vain.

Chick Lang Stakes
9) 1, 3, 6
Justin Squared looks like the fastest horse of the field, but he is moving up in class, so there’s a chance to try to beat him. Since there are some other speedy horses in this race, the pace could collapse, and that’s when horses like Quijote and Counterforce have a chance to upset the favorite.

Galorette S. (GIII)
10) 3, 12
Tiger Ride is the class of the field and definitely my first choice in this race. I’m trying to beat her with Heath with Florent Geroux up. This filly has nice races in the past, illustrated particularly well by her second to Lady Eli.

Sir Barton Stakes
11) 7, 2
I’m betting against the favorite and probably overbet American Freedom. Dazzling Gem has been facing tougher runners, including some Kentucky Derby participants. He is cutting back to 1-1/16 miles, a perfect distance for him. Cadeyrn broke his maiden on February 20 at Aqueduct by eleven lengths and has been working very well since that effort. It looks like he is improving, and we don’t know his limits yet.

Dixie Stakes (GII)
12) 12, 7, 5
This is a wide open race, but I’m simplifying it down to three horses. Take the Stand is in the best shape of his career, and he will try to wire the field. Although Grand Arch is coming in from a six-month layoff, he is a Grade I stakes winner and as such deserves respect. If you are looking for a longshot, Conquest Typhoon is the horse. Jose Lezcano won with him on March 12 at Gulfstream Park, and he picks up the mount again.

Preakness Stakes (GI)
13) 3
Nyquist has everything in his favor to win the Preakness Stakes, so in my opinion there’s no value for those who bet to win. The recommended play here is a trifecta using Nyquist on top and Cherry Wine, Exaggerator, and Uncle Lino underneath. 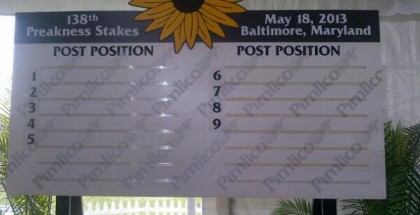 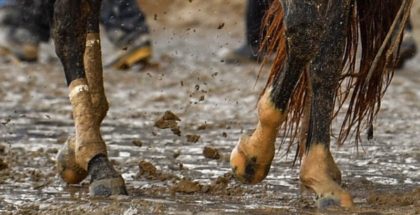 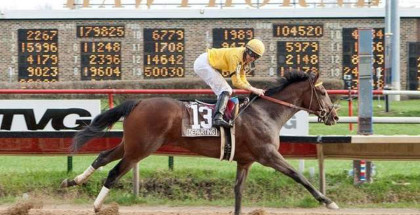