Home » News » Bing Crosby Stakes; Goldencents Looking to Cut Back for a Win
No Comments

Bing Crosby Stakes; Goldencents Looking to Cut Back for a Win 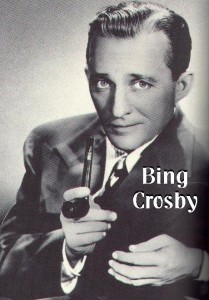 2013 (GI) Bing Crosby Stakes; Goldencents Looking to Cut Back for a Win: Here we go folks, another “dash for the cash” in sunny Del Mar California takes place this Sunday, July 28th at the beautiful Del Mar Racetrack by the ocean. This race is for 3 year-olds and up on the polytrack at 6 furlongs and is a $300,000 “Win and You’re In” for the 2013 Breeders’ Cup Turf Sprint.

The Bing Crosby Stakes is named after, you guessed it, Bing Crosby. The Del Mar racetrack was built by a partnership including Bing Crosby, actors Pat O’Brien, and Seabiscuit’s owner Charles S. Howard. Del Mar opened it’s gates in 1937 and Bing Crosby was at the gate to personally greet the fans that day. The first Bing Crosby Stakes was held at Del Mar in 1946 around the same time the Santa Fe Railroad opened up to bring in spectators and horses from around the Los Angeles area to take on the track.

The Doug O’Neill trained 3 year-old Goldencents has not been seen since his last foray onto the track on May 18th where he finished fifth behind Oxbow in the 2013 Preakness. The former 2013 Santa Anita Derby winner has some fresh waters to test again here by cutting it short and going for the sprint. The Into Mischief son will add blinkers for the first time and his trainer seems to feel Goldencents is at his best at shorter distances and one of the fastest horses he’s seen up to a mile. He beat maidens over 5 ½ furlongs at Del Mar last year and won the one mile Sham Stakes in January 2013. I was not high on this horse at all during the Derby trail as I thought shorter runs seemed more in his ballpark, so I think Goldencents may have found his niche here. He’s trained extremely well at Del Mar as recently as July 24th by firing off 3 huge bullet workouts in preparation to face a field of five and they are going to be tough here as Goldencents is the youngster facing up to the elders for his first time.. Goldencents gets jockey Kevin Krigger again and breaks from post #2. 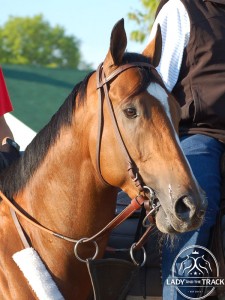 Goldencents and jockey Kevin Krigger team up again for the 2013 Bing Crosby Stakes, this time with blinkers.

The Peter Miller trained Comma To The Top Bwana Charlie gelding has been one of my favorite older guys for a while. He’s exiting a second place finish to Centralintelligence in the Triple Bend (GI) on June 29th, prior to that he had two back-to-back wins in the LA Handciap (GIII) and the Cool French Stakes all in 2013. He’s won three of seven races this year and I like his seasoning on the California tracks. He’ll be game-on here and tough to beat. Comma To The Top breaks from post position # 4 with Edwin Maldonado up again.

The son of Distorted Humor, Jimmy Creed who is trained by Richard Mandella, recently finished a disappointing eighth in the Triple Bend on June 29th after being the 3-2 favorite that day and is assigned high weight of 123 Saturday. Prior, he won the (GI) Malibu Stakes on December 26, 2012 and this past April won the Protrero Grand (GII). He breaks from post 5 with Rafael Bejarano in the irons.

I think this race is going to be smash-up good. The 2013 Bing Crosby Stakes looks like a replay of the Triple Bend with a few extras added in to spice it up, albeit a different outcome in my books. Jimmy Creed was my favorite in the Triple Bend where he broke bad and faded to an eighth place finish. Comma To The Top is one of my favorite older males and he rarely disappoints. Goldencents name seemed to fall between the cracks this past couple of months after the Derby trail, but with the addition of blinkers and the cutback in distance, Goldencents is going to give these seasoned veterans a run for their money. I’ll put my two-cents in and can we say “gate to wire” here? These are my top three with a longshot pick of the #6 Points Offthebench, usually can’t go wrong with Mike Smith on board.

Good luck to all and safe run. Keep track of your tickets people, always double check them at the window. I’ve lost money a few times that way, it’s a beginners betting no-no. 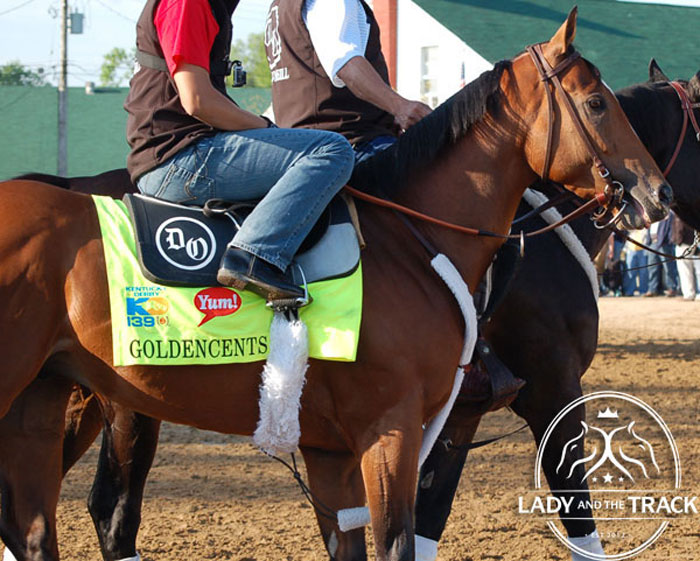 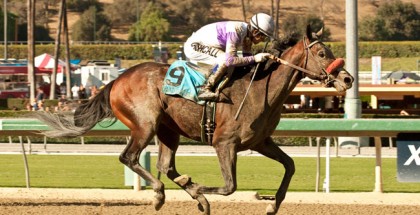 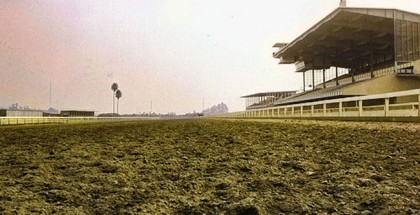