California Chrome Nasal Strip Permitted per NYRA: In a press release distributed on Monday, May 19, 2014 by the NYRA, The three Stewards at Belmont Park today unanimously agreed to allow the use of equine nasal strips for all horses running at racetracks of The New York Racing Association, Inc (NYRA), effective immediately.

California Chrome will be permitted to use nasal strips when he competes at the 146th Belmont Stakes on June 7, 2014. 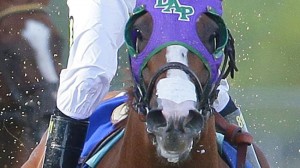 California Chrome will be permitted to use a Nasal Strip during the third jewel of the Triple Crown, the Belmont Stakes on July 7, 2014.

“I recommend that the stewards at State-based Thoroughbred racetracks discontinue their ban on equine nasal strips. Equine nasal strips do not enhance equine performance nor do they pose a risk to equine health or safety and as such do not need to be regulated.

The Stewards considered Dr. Palmer’s advice and thus determined to allow the unregulated use of the nasal strips.

In accordance with the N.Y.S. Gaming Commission Rule 4033.8, “Only equipment specifically approved by the stewards shall be worn or carried by a jockey or a horse in a race.”

The Belmont Stakes is set to take place on June 7, 2014. California Chrome has already won the Kentucky Derby and the Preakness Stakes. If the colt wins the Belmont Stakes he will be the first to win the Triple Crown since 1978. 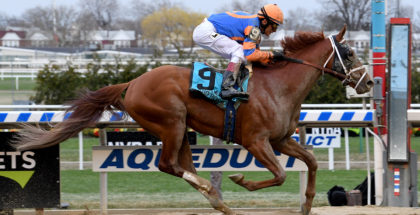 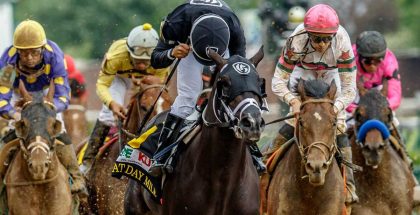