General A Rod Heads to Baltimore for Preakness Stakes 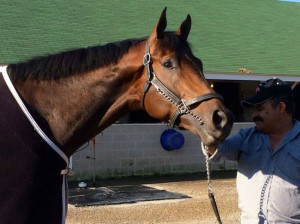 General A Rod will arrive in Baltimore on Monday to prepare for the 2nd jewel of the Triple Crown. The Preakness Stakes is set for Saturday, May 17, 2014.
Photo: Starlight Racing facebook

General A Rod is co-owned by Starlight Racing and Skychai Racing. Jack Wolf of Starlight Racing reported the son of Roman Ruler who is trained by Mike Maker will make his way to the starting gate at Pimlico Race Course for the Preakness Stakes saying, “The bottom line is that Mike thinks the horse is in good order after the Derby and he thinks the race will suit him.”

Jack Wolf mentioned he did expect to see a little more fight out of General A Rod in the 2014 Kentucky Derby saying, “He came running at the end a little bit. I like seeing that. In hindsight, if we had known that the pace would have been like it was, it would have been better if General a Rod had been where Intense Holiday was. If they had switched places we may hit the board with both of them. I thought he would have done better. We’ll tee it up again and see what happens.”

Trainer Mike Maker reported, “He was full of himself, carrying good flesh and he didn’t get a chance to show his true colors in the Derby, so it’s the Preakness and we figured we’d give it a shot.”

Post positions for the 2014 Preakness Stakes will be drawn and announced on Wednesday evening, May 14th. Post time for the 139th Running of the Preakness Stakes is set for 6:20 PM ET at Pimlico Race Course in Baltimore, Maryland on Saturday May 17, 2014. 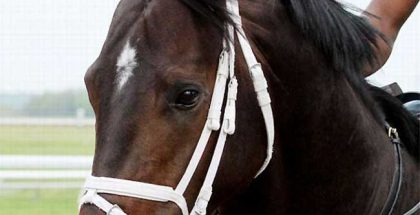